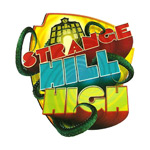 CBBC controller Cheryl Taylor has ordered the students of multi-media comedy series Strange Hill High to return for a second term ahead of its broadcast premiere on the channel this spring. The 13 x 30 series is a co-production of FremantleMedia Kids & Family Entertainment and CBBC in association with Factory Transmedia for CBBC (U.K.) Season 2 will air in 2014.

The news comes as FME has announced that the licensing push for the show is in full swing, with several U.K. licensees on board already: Cooneen and Misirli have signed for underwear, nightwear and socks; with Spearmark making a deal for lunchware, drinkware and tableware.

Set in a nearly forgotten inner-city school full of secrets and mysteries, the show follows three students who take it upon themselves to investigate the bizarre occurrences that seem to only happen at Strange Hill High, with outrageous results. The series is created using an innovative production technique combining puppets and digital effects, with characters designed and fabricated by North England stop-motion studio Mackinnon & Saunders. Josh Weinstein (The Simpsons) leads production on the series, which stars John Thomson, Richard Ayoade and Caroline Aherne. Strange Hill High is exec produced by Sarah Muller for CBBC and Sander Schwartz and Bob Higgins for FME, which manages international distribution for the series outside of the U.K. and other ancillary rights globally.

“We are thrilled that CBBC has committed to a second season of Strange Hill High,” says Higgins. “This early pick up speaks volumes about the quality of the first season episodes and the incredible talent behind the show. It’s daring, distinctive, unlike anything currently on air and will have the audience in stitches. The reaction to the series has been incredible and the second commission and the signing of these licensees are testament to the faith the industry has in this stand-out show.” 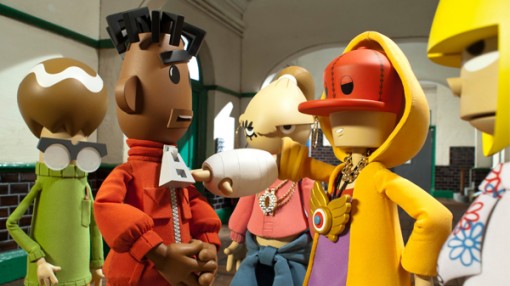