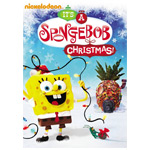 Kids’ net Nickelodeon is celebrating the holidays in style with its first full-length stop-motion animated special, It’s a SpongeBob Christmas!, which premieres on the channel Thursday, Dec. 6 at 8 p.m. ET/PT. Inspired by the Rankin/Bass classics of yesteryear and the popular SpongeBob song “Don’t Be a Jerk (It’s Christmas)” co-written by voice of SpongeBob Tom Kenny and Andy Paley, the half-hour special also features John Goodman as Santa Claus.

In SpongeBob Christmas, Plankton turns everyone in Bikini Bottom from nice to naughty by feeding them his jerktonium-laced fruitcake in a festive attempt to finally steal the Krabby Patty formula. The special also includes bonus scenes with a stop-motion Patchy the Pirate. The special was directed by Mark Caballero and Seamus Walsh of Los Angeles’ Screen Novelties studio, which produced the retro-inspired stop-motion animation.

Complementing the television event, the SpongeBob Christmas iTunes Extras edition features over 30 minutes of exclusive behind the scenes footage, a sing-along version of “Don’t Be a Jerk (It’s Christmas)”, a 360-degree SPIN-Tacular character viewer and more (available now for digital download from the iTunes store). Keep the holiday cheer going with It’s a SpongeBob Christmas! Album featuring 11 all new songs plus “Don’t Be a Jerk” (available now for download) and a limited quantity of special edition hard copies of the Don’t Be a Jerk (It’s Christmas) ebook is for sale exclusively on www.nickshop.com. 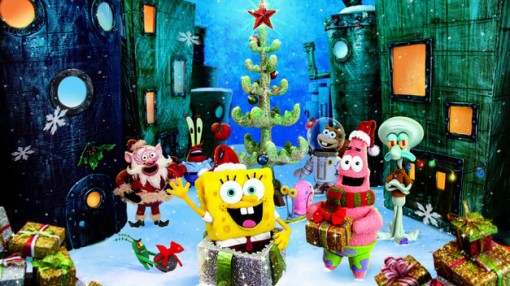