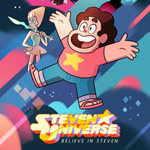 Cartoon Network’s newest original animated comedy, Steven Universe (from Adventure Time Emmy and Annie award nominated story artist/writer Rebecca Sugar), premiered Monday Nov. 4 as the network’s most-watched series premiere to date in 2013 among kids 6-11 and boys 6-11, according to preliminary Nielsen Media Research data. The newest kid on the CN block also ranked #1 in its 8 p.m. time period among all kids 2-11, 6-11 and 9-14, and boys 2-11, 6-11 and 9-14, and as the #1 telecast of the day on all TV among targeted boys 6-11 and 9-14.

Steven Universe follows the misadventures of a boy named Steven, the ultimate “little brother” to an all-female team of magical guardians of humanity: the Crystal Gems. He may not be as powerful as the Gems. Or as Savvy. And he doesn’t have much control over his powers, originating from the gem in his bellybutton. But that doesn’t stop Steven from joining Garnet, Amethyst and Pearl on their magical adventures and somehow finding a way to save the day. The show airs Monday nights at 8/7c. 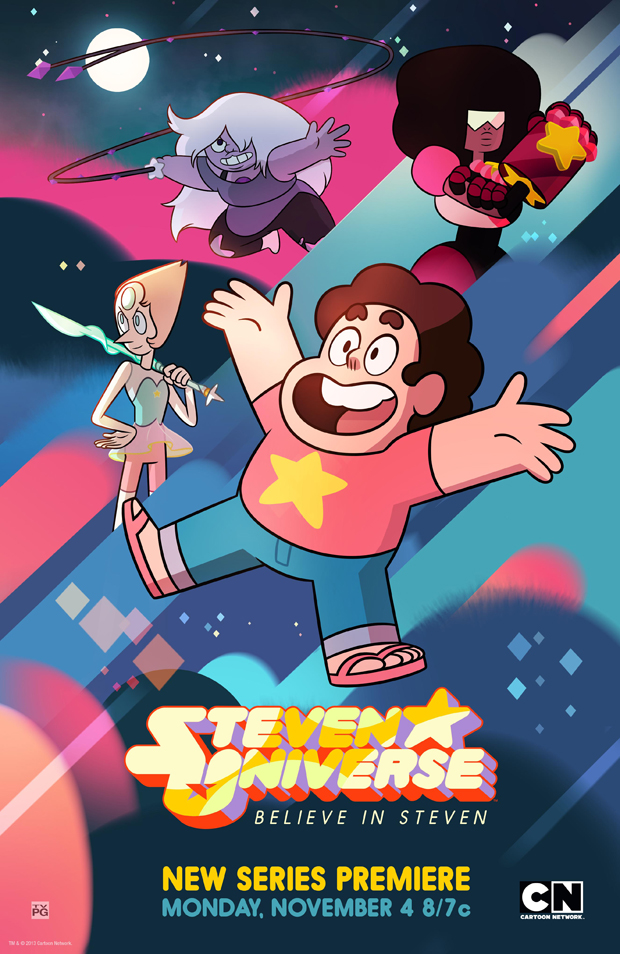