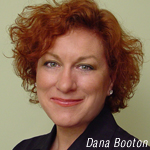 With more than 20 years of executive experience in the business of animation production, Booton steps into the lead executive role for the top animation studio following her previous position as Film Roman’s vice president of production. In this role, she was most recently the executive in charge of Film Roman’s current Marvel Entertainment production projects, Ultimate Spider-Man, The Super Hero Squad Show and The Avengers: Earth’s Mightiest Heroes.

Booton joined Film Roman in 2008 after founding Studio NM8, where she served as president and chief executive officer. From its inception in 2002, Studio NM8 produced various animation projects for Disney Channel, including Daigundera, W.I.T.C.H., and A.T.O.M., and The Zula Patrol for PBS. Prior to that, Booton was at Saban Entertainment dating back to 1992, where she served in various executive roles through its 1998 sale to Fox Family Worldwide and subsequent sale of Fox Family to ABC Cable Group in 2001. With her leadership, Booton helped create of a state of the art animation studio for Saban/Fox Family.  Booton joined Saban in 1992 following a stint at Marvel Productions where she served in various capacities, including significant work on the X-Men animated series.

“I am both honored and excited to take on the responsibilities and opportunities that this position offers me for the industry’s premier TV animation company,” said Booton. “Film Roman has earned rightfully a global reputation for animation excellence with a history of quality, award-winning work for its clients and business partners. Its future remains incredibly bright thanks in part to wealth of animation talent in its workforce.”

“Dana has a proven track record of success and accomplishment in her time at Film Roman and the animation business during her career,” said Albrecht. “Her credentials in traditional and CG animation will ensure that Film Roman continues the quality work and reputation it so richly deserves and remain at the forefront of securing new opportunities as the market for animated programming grows and evolves.”

Booton resides in Burbank with her husband, Don, and son, Michael.

STARZ Media’s Film Roman produces animation for Fox Television/Gracie Films’ The Simpsons, Marvel Entertainment’s The Super Hero Squad Show, The Avengers: Earth’s Mightiest Heroes and Ultimate Spider-Man, MTV’s Beavis and Butt-Head, as well as proprietary projects such as Dan Vs. for The Hub, the original Dead Space animated features, based upon the Electronic Arts video games, and the hit pre-school series Wow! Wow! Wubbzy!, on Nick Jr. and Noggin.