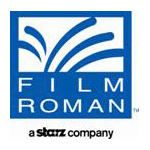 Starz Media has agreed to sell the Film Roman Animation Studio to a group of investors headed up by former Film Roman president Scott Greenberg.

Starz president and CEO Chris Albrecht and Greenberg announced the deal Monday, saying the terms of the transaction will not be disclosed.

The agreement will have the new owners acquire the ownership interest in Film Roman along with certain intellectual property and development rights. The parties expect to have the final closing conditions met in the fourth quarter.

Film Roman is a top producer of animation for TV and has produced such series as The Simpsons, The King of the Hill, Beavis & Butt-head, Marvel properties such as Super Hero Squad and The Avengers, the new series Dan Vs. for The Hub and Nick Jr.’s preschooler series Wow! Wow! Wubbzy!

“We have the utmost respect for the people of Film Roman and the work they produce,” Albrecht said. “We wish Scott and his team nothing but success with this new venture.”

“Film Roman is unmatched in the quality and breadth of the traditional animation it creates, and with its recent successful move into CG animation, the studio is poised for even bigger growth,” Greenberg added. “I’m looking forward to returning to the company where I had so much success and working with our talented artists and executives to make Film Roman the preeminent TV animation company, creating brands that work in a multi-platform environment world-wide.”