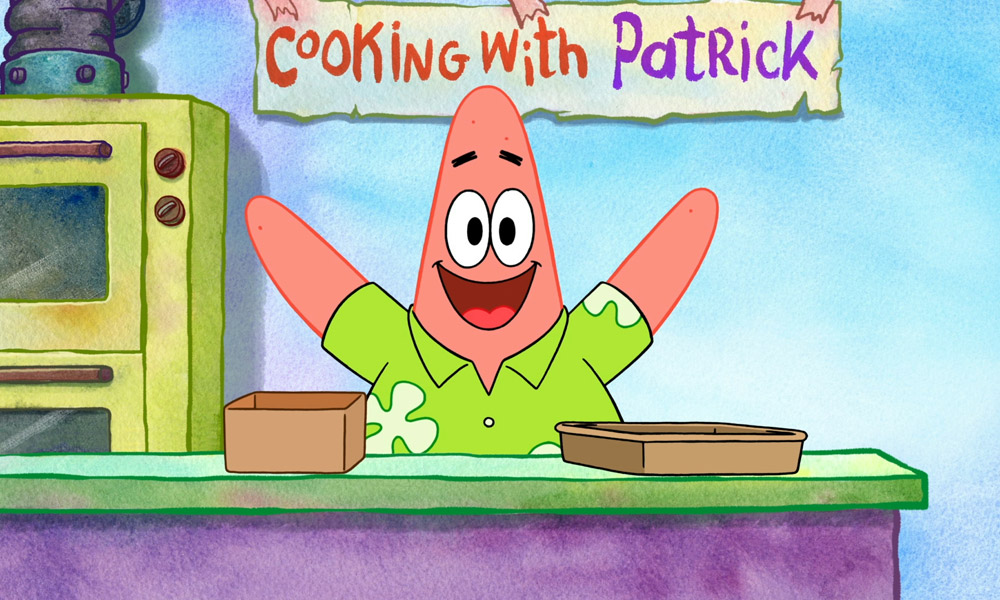 Is the world ready for a surreal animated universe headlined by Patrick Star (voiced by Bill Fagerbakke), SpongeBob’s goofy sidekick? The top brass at Nickelodeon and exec producers

Following on the heels of that other SpongeBob spinoff Kamp Koral, this new animated offering follows a younger Patrick living at home with his family, where he hosts his own variety show for the neighborhood from his television-turned-bedroom.

In addition to Fagerbakke, who reprises his role as the not-so-bright, pink echinoderm, the show also features the voices of Tom Wilson as Patrick’s fun-loving dad who always puts his family first; Cree Summer as his loving mom who is a kooky oddball; Jill Talley as his eight-year-old little sister (and Squidward’s grandmother, Grandma Tentacles); and Dana Snyder as GrandPat Star, Patrick’s genius grandpa. SpongeBob regulars Tom Kenny, Rodger Bumpass, Carolyn Lawrence, Clancy Brown and Mr. Lawrence are also featured in the spinoff. 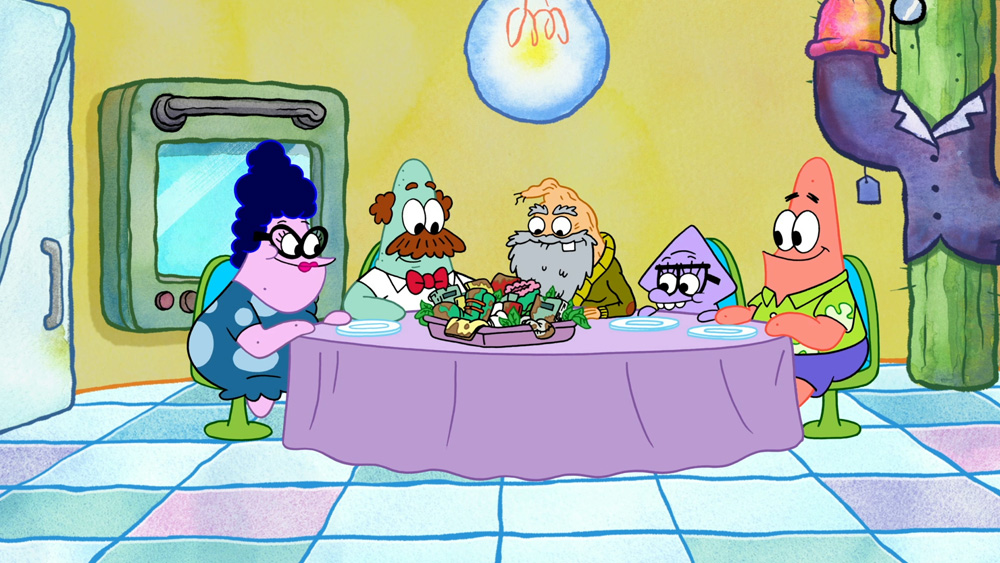 “One of the best things about this show is that there are very few rules!” says Waller, who along with Ceccarelli is also overseeing Kamp Koral and the original SpongeBob SquarePants series. “There are about 15 different art styles involved.”

Adds Ceccarelli, “It’s a much more surreal show than SpongeBob, because it’s all told through Patrick’s perspective. Patrick is easily distracted, so the show kind of feels like that. There are a lot of distractions and digressions. It’s not as story-centric as SpongeBob or Kamp Koral. The stories are constantly interrupted by fake commercials and other shows. The structure of the show follows a lot of classic TV tropes.”

According to the exec producers, they tried to imagine what it would be like if Patrick were to program a whole TV network. “It’s a sitcom. It’s a variety show. It’s a space show, a barbarian show, a prehistoric show, a comedy horror show — and they’re all Patrick-centric.” 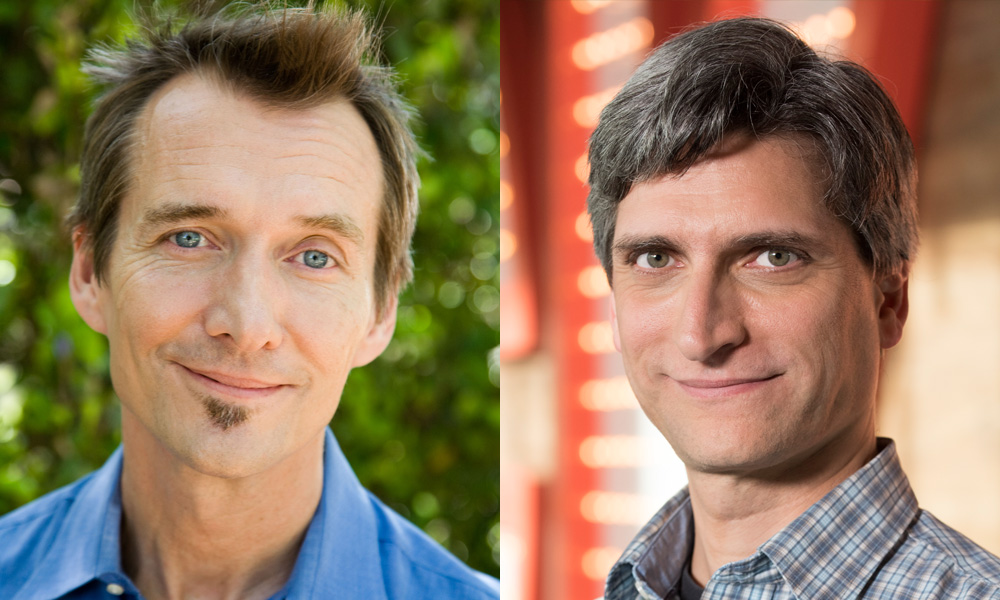 We also get different versions of Patrick in each one of the genres the show incorporates in each episode. As Waller explains, “For example, the space show features a seriously unhelpful robot called PatTron. In the midseason finale, one of the stage managers goes to the green room and says, ‘Pat, you’re up!’ and eight Pats stand up because we have eight versions of Patrick on the show.”

Of course, the various visual styles are wild and eclectic to match each TV world. For example, the space show is inspired by UPA cartoons with flatter, designy-style animation. There is also a stop-motion segment, produced by the talented folks at Screen Novelties studio (The Legend of Boo-kini Bottom), which takes viewers to a world that is inspired by 1940s-era Frankenstein/Dracula-type horror movies. Then, there’s the prehistoric show which follows a sepia-tinged Squigglevision theme with lines crawling across the screen!

The show’s traditional animation is produced by Rough Draft Studios. “They have done an amazing job switching to watercolor on paper backgrounds,” says Waller. “The textures and depths that the artists are getting are really amazing. There’s an episode in which Patrick actually goes inside his dad, and we see inside his father’s body, and I couldn’t believe how delightfully lush they made those interior paintings look.” 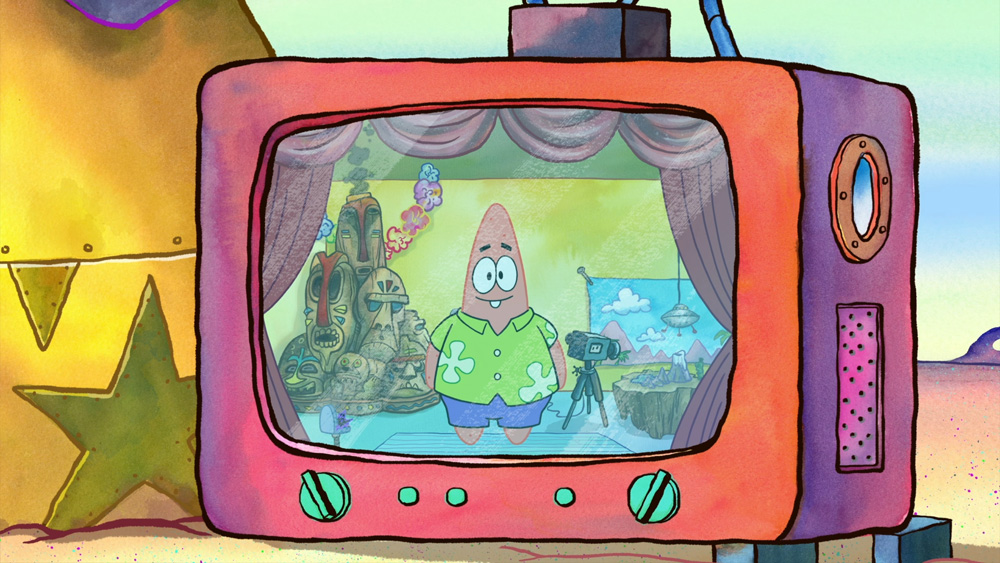 While the show is script-driven, many of the writers are former storyboarders who worked on SpongeBob SquarePants. “Many of them became script writers, but they still come at it from a very gag-driven visual place,” says Waller. “They also know what puts board artists through hell, so they know what to avoid as they write the scripts!”

Since Waller and Ceccarelli work on three Bikini Bottom shows at the same time, they have gotten used to very long hours. “We get up at five to go over the scripts and the animatic and to approve the designs of the shows,” says Ceccarelli. “Then we have meetings until six, and then we spend three hours after that preparing for the next day!” Waller adds, “Being trapped in your house because of the COVID lockdown made it a lot easier to spend so much time working. Marc and I were really surprised by how well things worked out when we switched to doing it all virtually.”

As Patrick gets ready to steal the limelight, the producers hope audiences will welcome this new addition to the Sponge-verse. “Viewers should prepare for more insanity than they’re used to,” warns Waller. “I hope they have as much fun watching it as we had making it. During the day, my wife says, ‘I hear you laughing over there! You must be having fun!’ And I am. My job is really fun!”

The Patrick Star Show premieres on Nickelodeon on July 9 at 7 p.m.