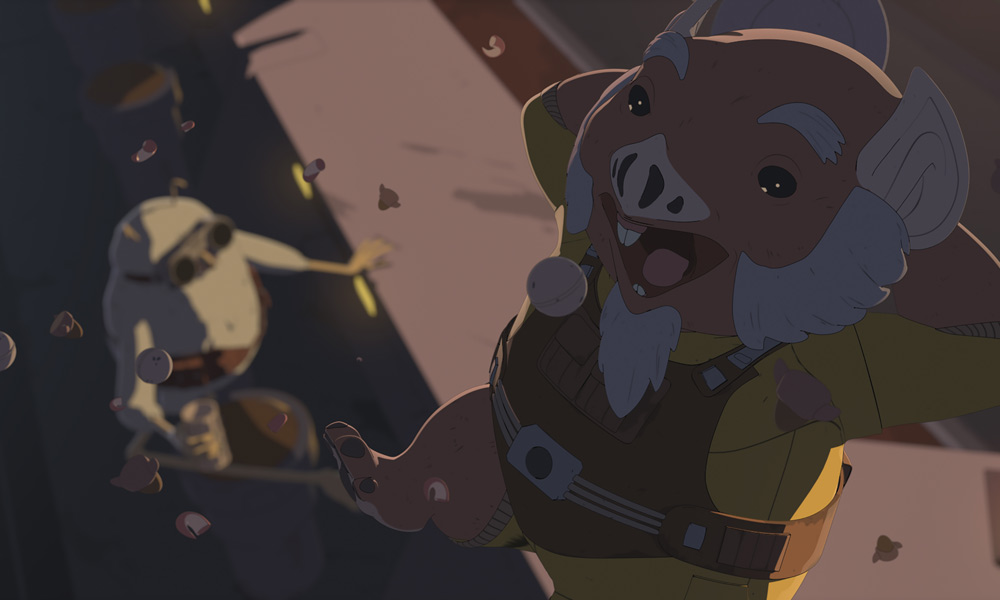 One of the world’s most iconic sci-fi franchises finally has its first on-screen, openly gay couple! During the press day for Disney’s Star Wars Resistance, executive producers Athena Portillo, Justin Ridge and Brandon Auman confirmed in an interview for podcast “Coffee With Kenobi” that the alien shopkeepers Orka (Jim Rash) and Flix (Bobby Moynihan) are an item.

The interspecies odd couple — Flix is a taller, owl-like Gozzo, Orka is a stout bat-nosed Chadra-Fan — run the Office of Acquisitions on the Colossus station, helping Kaz and his band of young rebel pilots with ship parts and materials to keep their missions running smoothly. Fans clued into their relationship in the episode “Dangerous Business,” wherein they charge Kaz with running the store while they go visit Flix’s mother.

In the interview, EP Ridge tells Drew Taylor’s Coffee With Kenobi, “They’re absolutely a gay couple and we’re proud of that. We love Flix and Orka.”

The popular animated series is leading the way in the Star Wars universe’s march toward inclusivity and LGBTQIA visibility. While filmmaker J.J. Abrams had promised more inclusion for queer characters and Solo co-writer Jonathan Kasdan confirmed that Lando Calrissian is pansexual, Flix & Orka are now officially the trailblazing on-screen queer icons for the franchise.

Star Wars Resistance continues its second season run with an all-new episode, “Into the Unknown,” premiering Sunday, October 6 at 6 p.m. ET/PT on Disney XD, then at 10 p.m. on Disney Channel. In the episode, after being launched into space by Kaz and crew, the Colossus encounters engineering problems, which are made worse by a mysterious stowaway. 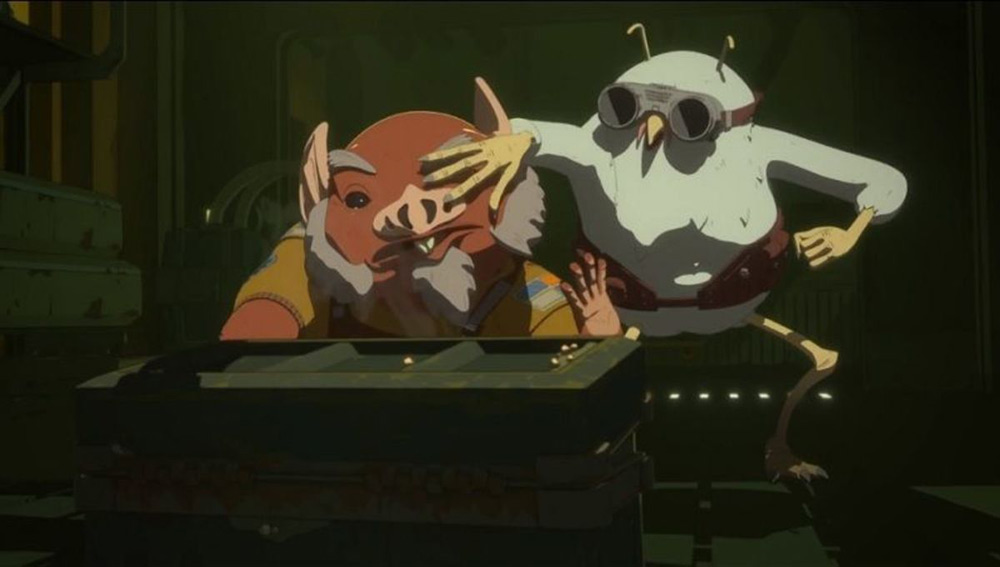