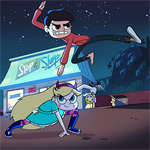 Everyone’s favorite dimension-hopping princess will star in an all-new two-hour TV movie special, as Star vs. The Forces of Evil: The Battle for Mewni premieres on Saturday, July 15 at 11 a.m., 2 p.m. and 7 p.m. EDT on Disney XD. The special will also be available to verified users on the Disney XD app and VOD platforms. A third season of the Annie Award-nominated series, created and executive produced by Daron Nefcy, is slated to debut this fall.

The Battle for Mewni follows fiercely awesome teen princess Star (voiced by Eden Sher) as she returns to her home dimension of Mewni only to discover that magic is disappearing throughout the kingdom. In order to save her family and their realm, Star must find the inner strength to challenger her archnemesis Ludo (Alan Tudyk).

Star vs. The Forces of Evil is a production of Disney Television Animation, and follows the adventures of fiercely awesome teenage princess Star Butterfly, sent to Earth by her Royal Parents to live with teenage Earthling Marco Diaz (Adam McArthur) and his parents (Nia Vardalos, Artt Butler). Together, the unlikely friends navigate high school and embark on interdimensional adventures — keeping Star’s powerful magic wand out of evil clutches all the while. 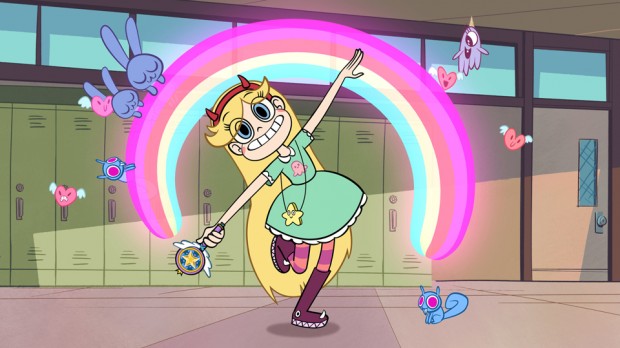