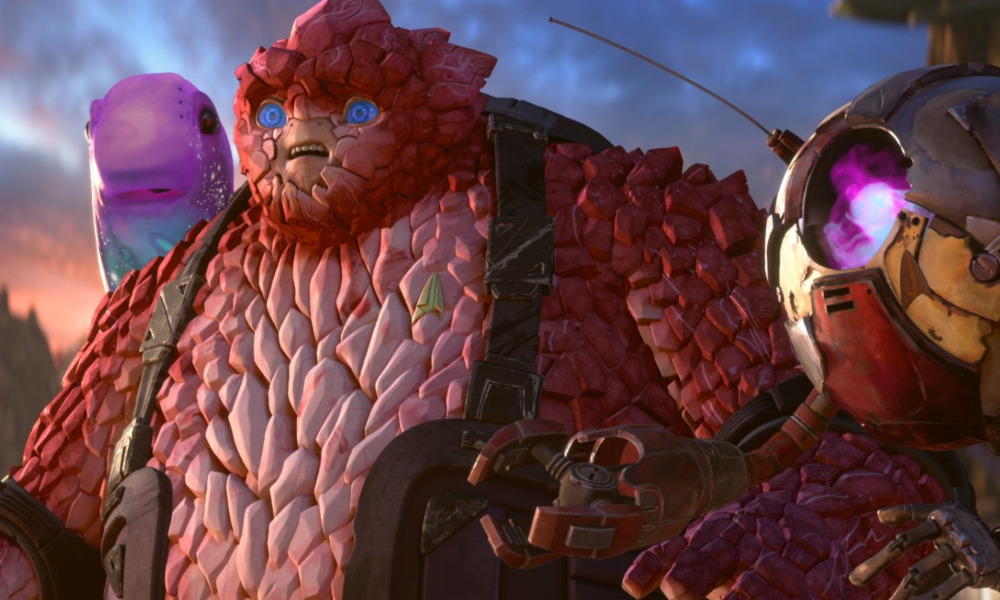 Ordinary kids embark on extraordinary situations in the original animated series Star Trek: Prodigy, making its weekly debut on Nickelodeon beginning Friday, July 8 at 8 p.m. (ET/PT). In the one-hour premiere, “Lost & Found,” Dal must gather an unlikely crew for their newfound ship if they are going to escape Tars Lamora, but The Diviner and his daughter Gwyn have other plans.

Episodes will continue to debut Fridays on Nickelodeon through August 5.

“Generations of fans around the globe love Star Trek, and we’re so excited to introduce our young audience to the franchise when Star Trek: Prodigy airs on Nickelodeon this Summer,” said Claudia Spinelli, Senior Vice President, Big Kids Animation, Nickelodeon. “The Nick DNA is woven into the heartwarming friendships, high-stakes action, and beautiful animation, making this series a perfect fit in our content library.”

Star Trek: Prodigy follows a group of lawless teens as they discover a derelict Starfleet ship and use it to search for adventure, meaning and salvation. The teens know nothing about the ship they have commandeered — a first in the history of the Star Trek franchise — but over the course of their adventures together they will each be introduced to Starfleet and the ideals it represents.

The stellar voice cast includes: Rylee Alazraqui as Rok-Tahk, a Brikar and an unusually bright eight-year-old girl; Brett Gray as Dal, a 17-year-old unknown species who fancies himself as a maverick; Angus Imrie as Zero, a Medusan — a noncorporeal, genderless, energy-based lifeform; Jason Mantzoukas as Jankom Pog, a 16-year-old Tellarite known to relish an argument; Ella Purnell as Gwyn, a 17-year-old Vau N’Akat who was raised on her father’s bleak mining planet; Dee Bradley Baker as Murf, an unknown but endearing, indestructible blob with curiously good timing and an insatiable appetite for ship parts; and Kate Mulgrew as Hologram Captain Janeway, the starship’s built-in emergency training hologram.

Following the linear debut of Star Trek: Prodigy, episodes will become available on Nick.com, the Nick App, and Nick On Demand, with additional encores airing across Nicktoons. Star Trek: Prodigy is also available to stream on Paramount+, with new episodes dropping on the service later this year.

Reflections on 1987 and Animag’s 35th Anniversary! (by someone who was there)
Exclusive: Director Masashi Ando on ‘The Deer King’ and the Lasting Appeal of 2D Animation