“One of our biggest priorities this year at Sprout is to incorporate more and more original programming and Sprout exclusives into our lineup,” said Andrew Beecham, senior vice president of programming at Sprout. “We’re the exclusive U.S. broadcaster for Olive the Ostrich, Wibbly Pig and 64 Zoo Lane, three beautifully executed shows that are already hits overseas, as well as the debut of new episodes of the Sprout and Jim Henson Company produced Pajanimals and our signature bedtime block, The Good Night Show. And, by making the shows available across multiple platforms, we’re able to introduce these wonderful stories and characters to an even wider audience.”

Here are the details on the new fall lineup:

Olive the Ostrich. Written in a story book style, Olive the Ostrich is a CGI animated series where animators bring to life real pictures drawn by children. The children’s artwork is used to create all the guest characters, places and objects that Olive encounters. Inquisitive and enthusiastic, Olive loves to solve problems and help people whenever she can. She’ll try anything once, which can get her into trouble, but she always finds fun and inventive ways to get out of it. The show will air as part of The Sunny Side Up Show and during The Good Night Show bedtime block.

Wibbly Pig. This new animated preschool comedy series that takes the daily routine of a young child and finds humor and fun in every part of it. Wibbly simply does what children do. From day-to-day activities like getting into bed, wrapping a present or climbing a tree, to fantasy play like meeting a giant or going to the moon, Wibbly moves seamlessly in and out of fantasy play echoing the way children really interact and play. Wibbly turns the simplest tasks into a comedy routine, sharing it with his very best friend – the viewer.

64 Zoo Lane. This popular show features a 7-year-old girl named Lucy who lives next door to a zoo at 64 Zoo Lane. Each night, she is told a story by the animals. Characters include: Georgina the Giraffe, Nelson the Elephant, Tickles and Giggles the Monkeys, Boris the Bear and Molly the Hippopotamus. The cartoon emphasizes friendship and responsibility.  Each episode concludes at bedtime, when Georgina delivers Lucy into bed via the bedroom window.

Pajanimals. Through their imaginary journeys, the Pajanimals model the skills preschoolers need to move through their days and nights successfully. Along the way, the Pajanimals discover how cozy and safe nighttime can really be when accompanied by friendship and songs. Pajanimals characters – Sweetpea Sue the pony, the excitable duck Squacky, the creative cow CowBella and the optimistic puppy Apollo – were designed and built by the world famous Oscar and Emmy- Award-winning Jim Henson’s Creature Shopfrom original concepts by Los Angeles-based toy and clothing designer, artist Jeff Muncy (Pet Alien).  This inseparable quartet forms a nighttime community in the comfort of their magical, shared bedroom.

The Good Night Show. Sprout’s signature bedtime block, The Good Night Show, helps parents wind down their preschoolers after a busy day.  Hosts Nina and Star, along with Lucy the firefly and Hush the fish, mirror the healthy nighttime routines of preschoolers with activities to help them wind down at the end of the day. This season features 26 new episodes including new themes, sand art stories, songs and stretches in addition to new age-appropriate games such as puzzles, matching and memory. Viewers can also go to SproutOnline.com and visit The Good Night Show microsite to see videos and hear songs from the program.

Sprout achieved its highest rated quarter ever in Q2 2012 with a household coverage area 0.22 rating/120k homes. This marks the fifth consecutive quarter of audience gains for the network and an increase in household delivery from the same quarter last year of 56% (120k vs. 77k). 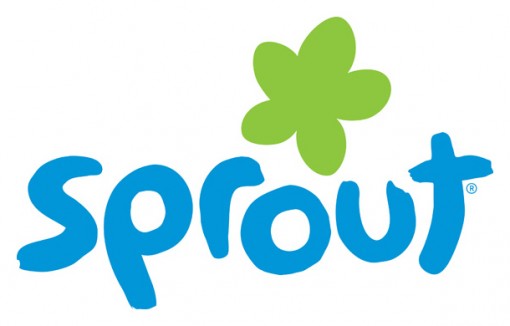 You may also like...
Related Topics:64 Zoo Lane, Andrew Beecham, Olive the Ostrich, Pajanimals, Sprout, The Good Night Show, The Jim Henson Company, The Sunny Side Up Show, Wibbly Pig