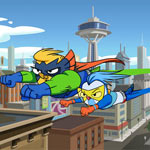 Universal Kids has given the greenlight to two new animated series, which will debut on its preschool destination Sprout in 2019: Powerbirds and Norm. The network will also soon premiere its newest original toon, Kody Kapow, on July 15, with award-winning actor Jason Alexander leading the voice cast.

“As Sprout grows into Universal Kids, our mission is to reflect all that is universal about being a kid. For our youngest viewers, that means helping them grow into good people,” said Amy Friedman, SVP Programming and Development, Universal Kids. “Our commitment to creating original, high quality preschool content for families to watch together is very important to us. Kody Kapow – as well as Powerbirds and Norm – are characters who share kindness, resilience, and humor, and allow us to deliver on that promise.”

Set in China, Kody Kapow centers on 9-year-old boy who discovers that he is destined to become a martial arts superhero. Kody goes on adventures to save his village using martial arts tenets like mindfulness, patience and perseverance with the help of his cousin Mei and their Tiger friend, Goji (Jason Alexander) — a bit of a scaredy cat nevertheless entrusted to accompany Kody and Mei on their missions. Kody Kapow was created by Alexander Bar and developed for television by Robin J. Stein and Daniel Bryan Franklin. Zodiak Kids Studios produces with Eryk Casemiro as executive producer. The animation is produced by Jam Filled, with Sam Chou as animation director.

Created by two-time Pulitzer Prize winning author Steve Breen, Powerbirds is about two pet parakeets who live secret superhero lives, saving their neighborhood (and the world) one kind deed at a time. Slated to debut on Sprout in early 2019, Powerbirds has been picked up for 52 x 11 min. episodes.

Norm follows Norman, Mother Nature’s Son and the handyman of the forest. He fixes the problems of its highly eccentric animal characters with a touch of magic and a can-do attitude. The 52 x 11 min. stop-motion animated comedy will roll out in late 2019. 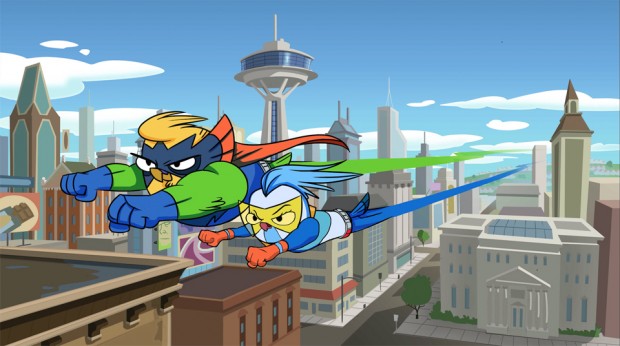 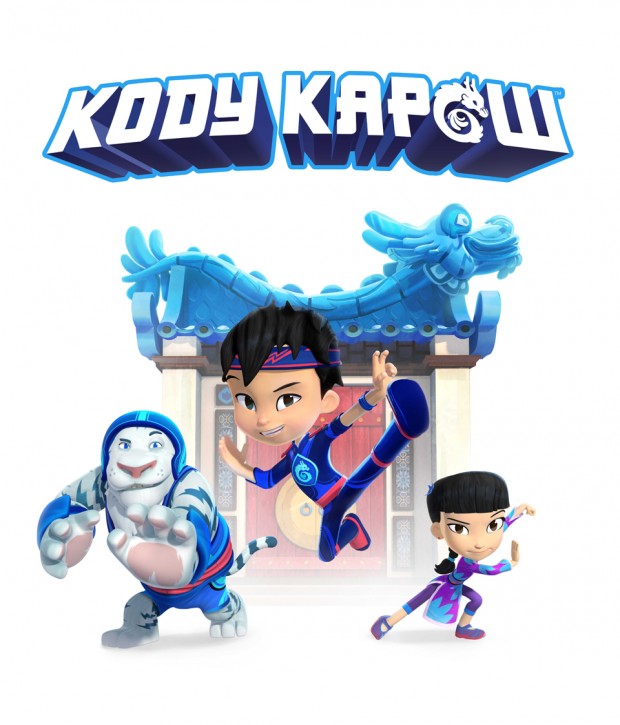