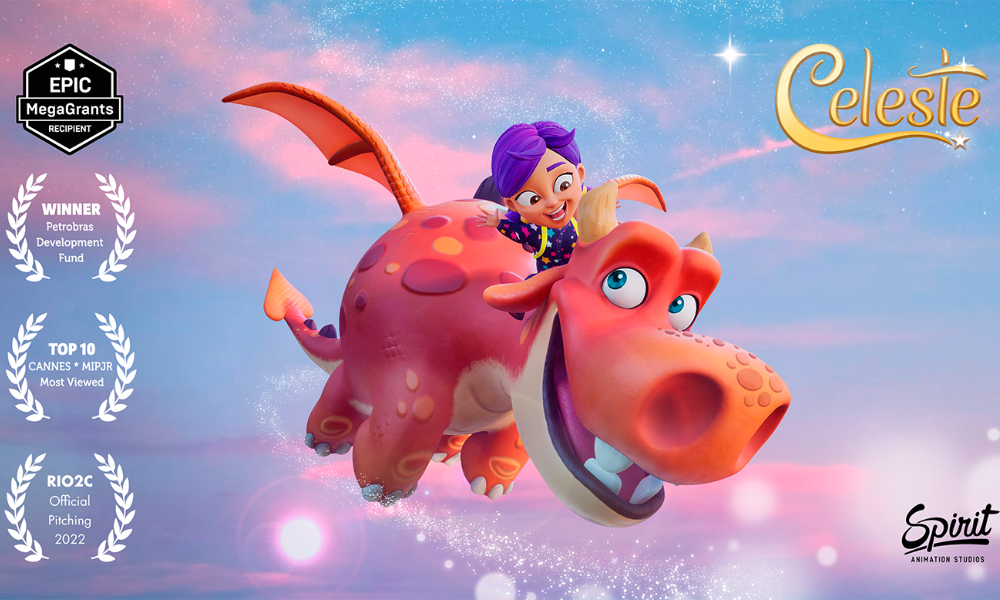 Global creative Brazilian studio SPIRIT Animation has received an Epic MegaGrant from Epic Games for its animated series Celeste. This follows the project’s success on the international stage as one of the Top 10 Most Viewed Contents at MIPJunior (Cannes), winner of Brazil’s competitive Petrobras Production Fund and recentselection for RIO2C’s 2022 International Market Pitch.

The MegaGrant will be used to produce the show’s first episode, with all voices being recorded at Audioworks in New York. SPIRIT is talking to potential co-producers to join the 10 x 22′ animated series, which follows the journey of Celeste and her fatherly-figure Dragon, as they help a diversified kingdom to look at life from a different, brighter perspective. 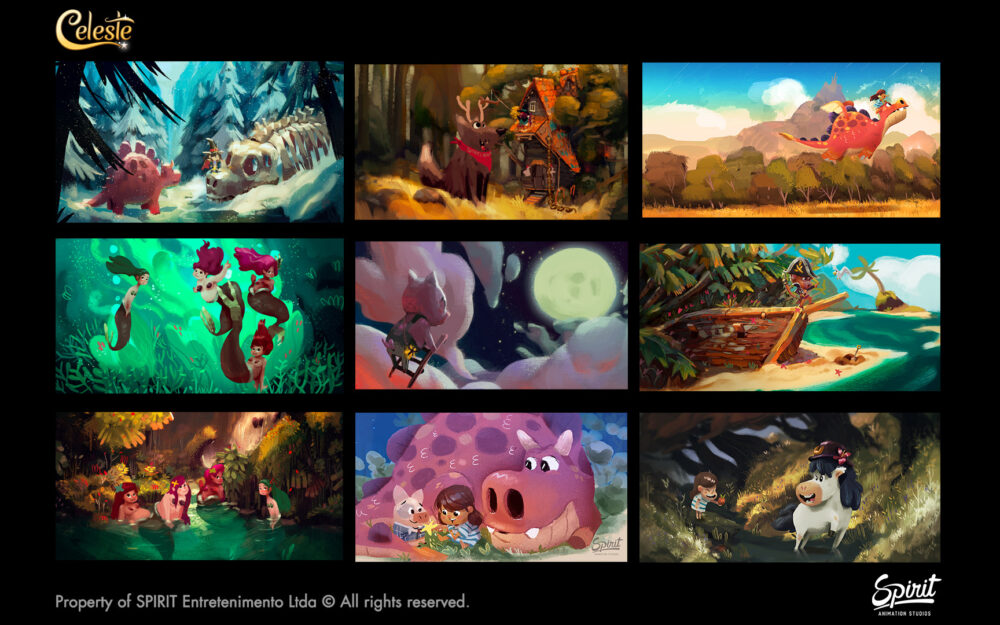 Series co-director Cleber Coutinho, Partner of Production for SPIRIT Animation, adds, “Epic’s Unreal Engine for real-time rendering and animation production is the way of the future, as quality increases day by day, while [speeding up] production pipelines and workflows. We’re paving our way to an upcoming feature to be fully produced with Epic’s technology.”