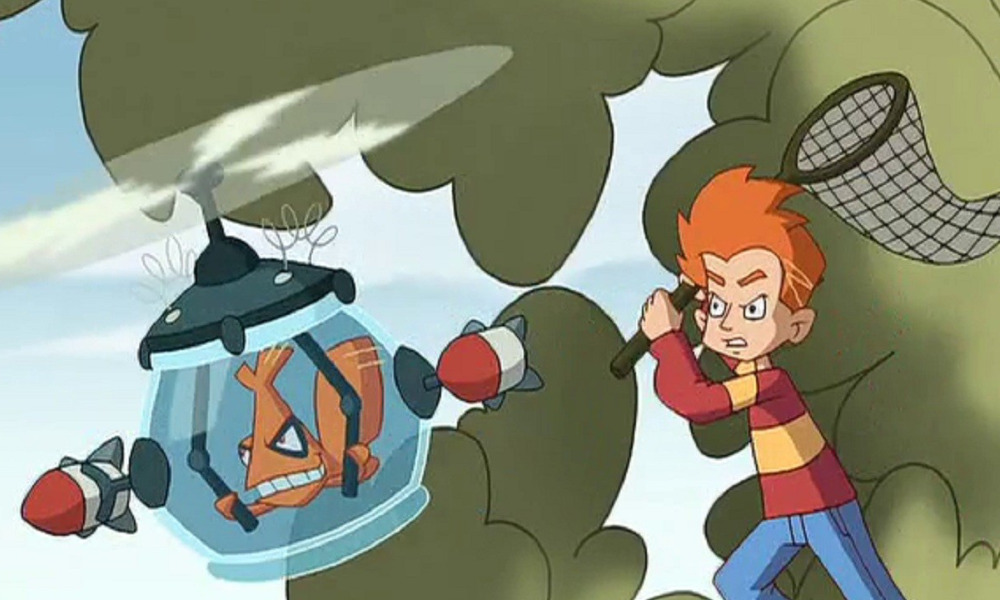 My Goldfish Is Evil! (Sardine Prod.)

Canadian TV & film content creator, producer and distributor Sphere Media announces the acquisition of Montreal-based animation studio Sardine Productions. Founded in 2002 by Ghislain Cyr, Sardine has made a name for itself in Canada and internationally with several successful original series including My Goldfish Is Evil!, Chop Chop Ninja and ToonMarty, which have sold to more than 200 territories around the world.

With the acquisition of Sardine, Sphere will continue to grow and expand its original animation content offering for international markets while strengthening its team of designers and production partners locally and around the world, most notably in Europe and Asia. Sphere Media is already active in animation through its business unit Oasis Animation, the largest 2D studio in Quebec and one of the biggest in Canada. Oasis is a very active player in the U.S. market, among others.

“We are privileged to be welcoming the Sardine Productions team to the Sphere Media family,” said Sphere Media President and CEO Bruno Dubé. “By joining our already existing talented animation team, the Sardine team is sure to help us further extend our creative footprint and expand into promising new markets thanks to quality original content.”

Cyr added, “I’m very pleased to see Sardine join a leading group like Sphere Media, with which we share a common vision of creation and commercialization of original animation content. Besides helping us accelerate development of a number of new original productions, this alliance will multiply opportunities for international distribution of our existing content catalogue.”

Trailer: ‘Supernatural Academy’ Toons Up a YA Fantasy with Teeth
Chefclub Cooks Up More Fun with ‘Chefclub Friends’ Toon