Singapore’s Sparky Animation has announced two new TV project team-ups at the MIPCOM market in Cannes: One Stormy Night and Tocori the Ghost. These new partnerships fall on the heels of Sparky’s recent co-pro successes Dinosaur Train (with The Jim Henson Company) and Mr. Moon (with U.K.’s Skaramoosh and Canada’s Title Entertainment).

The studio is partnering with three Japanese companies for One Stormy Night: Duckbill Entertainment, Baku Enterprise Inc. and Bandai Visual Inc. The 52 x 11 CG animated series is based on Yuichi Kimura’s book of the same name—which also spawned a popular animated feature in 2005. One Stormy Night is a heartwarming children’s story that highlights the importance of accepting those from different backgrounds through the unlikely friendship of a goat and wolf. 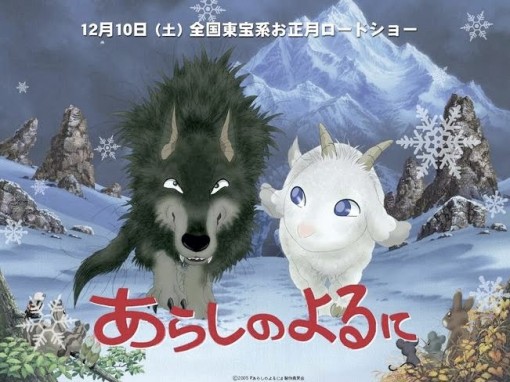 Additionally, Sparky announced it will team up with Drawiz Singapore, an award-winning animation and vfx studio headquartered in Tokyo, to develop an original series currently titled Tocori the Ghost. The 50 x 5 CG-animated series follows a boy’s growing friendship with a ghost named Tocori and their adventures. Drawiz Japan set up the Singapore shop to grow its stereoscopic 3-D business and develop original properties. Sparky and Drawiz will be seeking more co-production, investment and distribution partners over the course of the MIPCOM event.