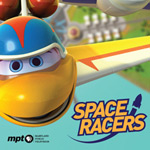 Maryland Public Television (MPT) will debut the new animated half-hour preschool Space Racers this spring. The 26-episode animated program focuses on science and technology components as part of an early childhood STEM curriculum, with input from NASA experts on science and space technology within the series. Produced by Space Race, LLC, Space Racers is scheduled to premiere on public television stations in spring 2014 and is distributed through American Public Television.

Space Racers centers on spaceships Eagle, Hawk, Robyn, Starling, and Raven along with their fellow cadets and teachers at the Stardust Space Academy. Each of them has a distinctive ability: Eagle, the natural leader of the group, has unrivaled speed and agility; Hawk touts incredible strength and a near-perfect memory; Robyn has the sharpest mind and is the group’s scientist; Starling is small but braver than ships twice her size; Raven combines cunning with unrelenting competitiveness; and the wise and enigmatic Headmaster Crane guides these eager cadets on their missions throughout the Solar System. Space Racers teaches kids about exploration, investigation, observation, and how to work together as a team.

“MPT is very proud to present Space Racers to Public Television Stations,” MPT Chief Content Officer Steven Schupak explained, “Aside from offering great animation and storytelling, the series introduces meaningful science and technology lessons to our youngest viewers – which remains an important part of our mission.”

“Five years ago at the Smithsonian National Air and Space Museum in Washington the concept of Space Racers came to light,” added Richard Schweiger, creator and executive producer. “Today we are proud to work with the amazing team at MPT and so fortunate to have NASA assisting us in various areas of the project.”

Viewers that would enjoy seeing this series in their area are encouraged to contact their local Public Television Station to express interest in Space Racers. 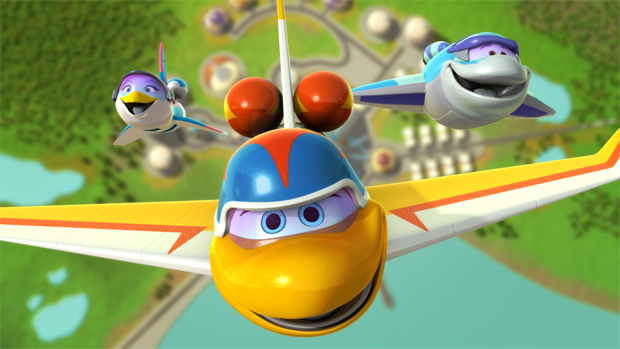