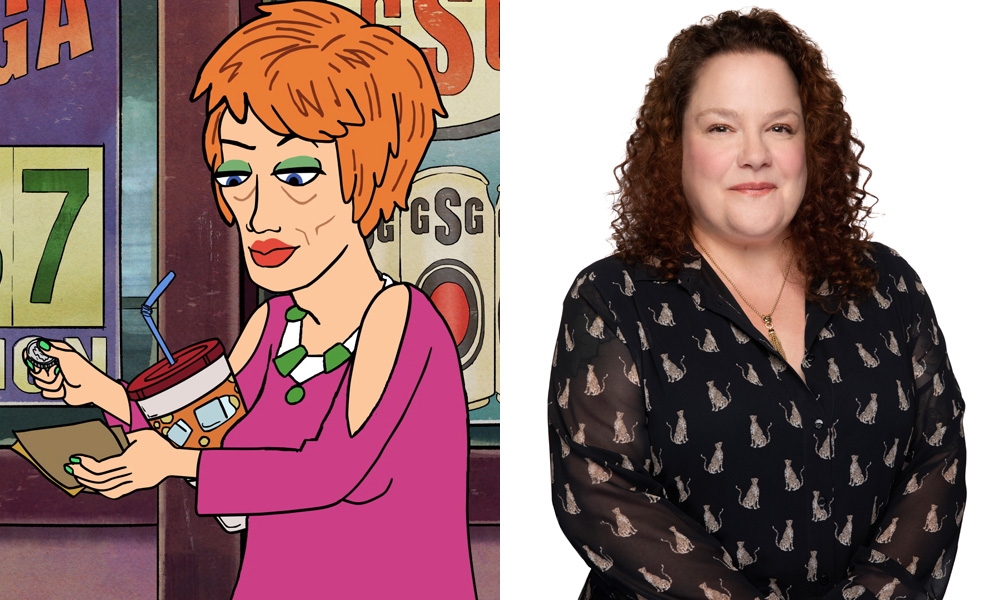 This fall, the Simpsons, the Belchers and the Griffins welcome a new animated family to the Sunday night lineup on Fox Network. The new show is called Bless the Harts, and it features a cash-strapped but loving Southern clan, created by Emily Spivey, an Emmy-winning writer whose credits include Modern Family, The Last Man on Earth, SNL and Parks and Recreation.

The gentle comedy, which features the voices of Kristen Wiig, Maya Rudolph, Jillian Bell, Ike Barinholtz, Mary Steenburgen and Drew Tarver, is inspired by Spivey’s own family in North Carolina. “I’ve been wanting to do a show about my hometown forever,” she says during a recent phone interview. “I was working on Phil Lord and Chris Miller’s Last Man on Earth, and they asked me if I was interested in creating an animated show. I immediately started thinking about the shows that I loved, series like The Andy Griffith Show, and King of The Hill which was a writer on.”

Bless the Harts takes the same whimsical and realistic approach to life as Mike Judge’s King of the Hill did decades ago. “I think the Harts are living in North Carolina and the Hills are still living in Texas,” says the show creator. In addition, Spivey says the team wanted to the animation to be a bit loose, hand-hewn, “jangly” and rough around the edges, in a good way. Spivey also imagined the backgrounds to be rich, green, lush and colorful, just the way she recalls her hometown of High Point in N. Carolina. 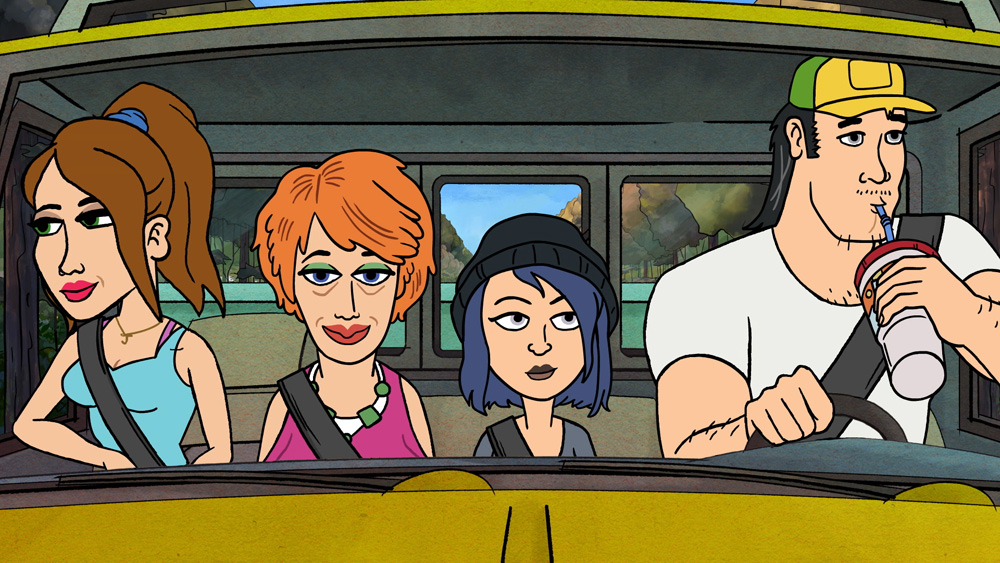 Each episode of the series, which began production towards the end of 2018, begins in the writer’s room at Titmouse in L.A., which produces the animation. Once the script is refined and finalized, the team begins work on the animatic. A month later, the producers and writers give their notes, and once the animatic is locked and various other pre-production steps are completed, the team ships the show to Yearim and Digital eMation in Seoul to execute the final animation.. It takes about three to four months for each episode to come back from the overseas animation studio. The show’s supervising director is Albert Calleros (Disenchantment, American Dad!). The main Hart characters were designed by indie animator Jim Lujan (Revengeance), and series director Patrick O’Connor also fleshed out the world beyond the core characters.

Spivey is a huge fan of animated shows like The Simpsons and Bob’s Burgers and hopes many people will be able to see themselves reflected in the Hart family and their trials and tribulations. “I love that we’re doing small stories about these characters that have so much fun,” notes Spivey, who also voices a character named Louise on the show. “We want to laugh with them, not at them.” 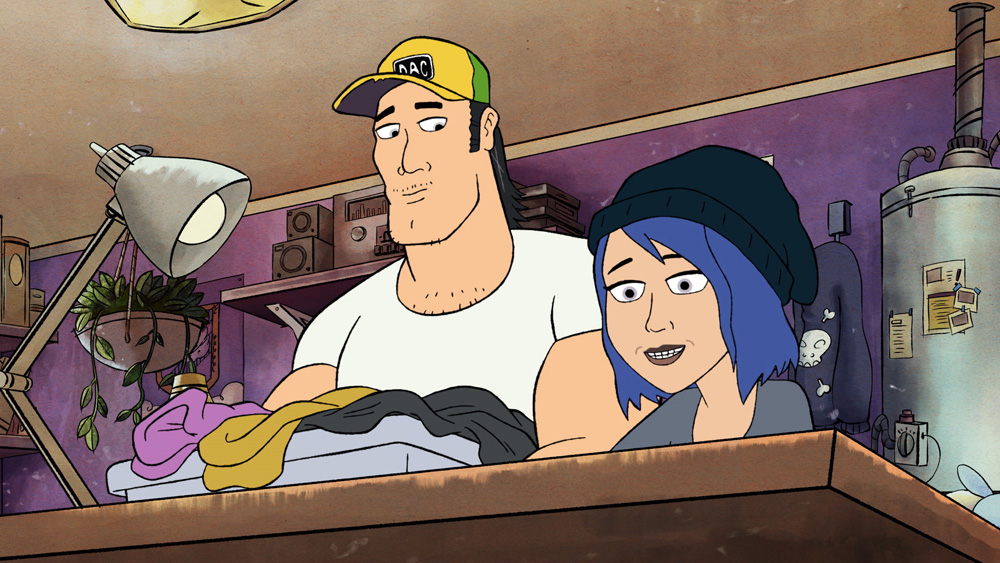 Of course, a casual observer might wonder why the Harts couldn’t just as well be a live-action sitcom family. Spivey won’t spoil a lot of the surprises, but she does tell us that the series does have its touch of surreal elements. “There is a lot of spirituality in our show,” she says. “There’s a character that talks to Jesus — and, in fact, Jesus shows up on our show as well!”

As the animated Harts entertain TV audiences on Sunday night, Spivey hopes animation fans will find the show a hilarious, soulful place to return to week after week. “I think Southern people are funny in their bones,” she says. “They have this push and pull with religion, and they’re trying to make the right choices. They’re also angry and have low self-esteem. The South is just this fascinating stew of all these different things. I hope audiences will laugh and cry and find our characters relatable. My favorite thing is being able to watch something and then relate to it, and say, ‘Oh, that’s me!’ 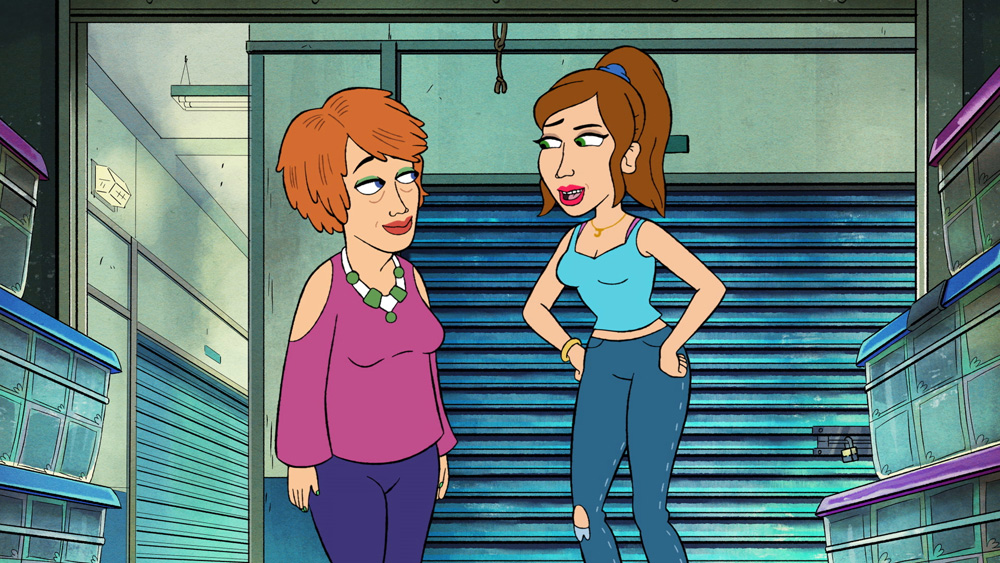 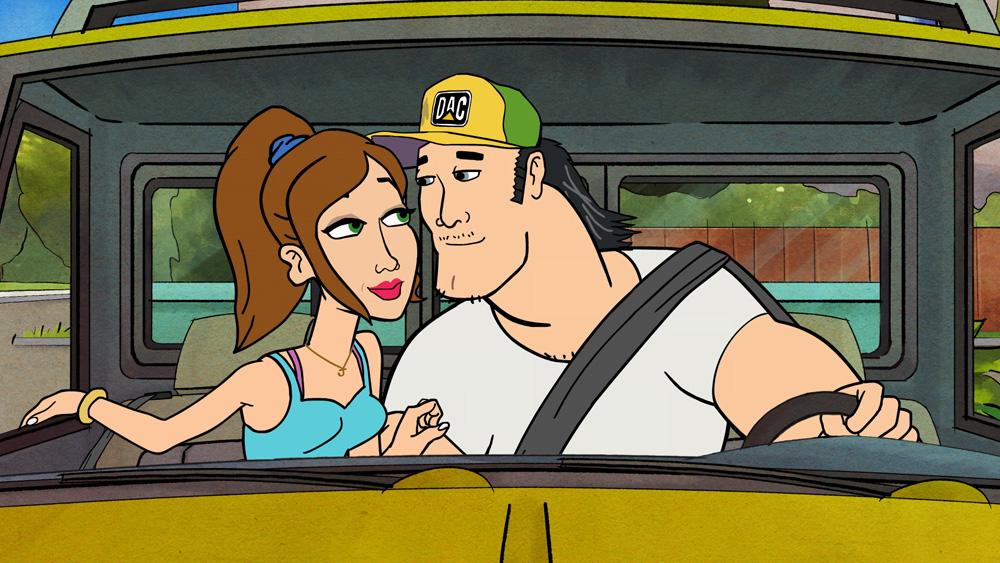