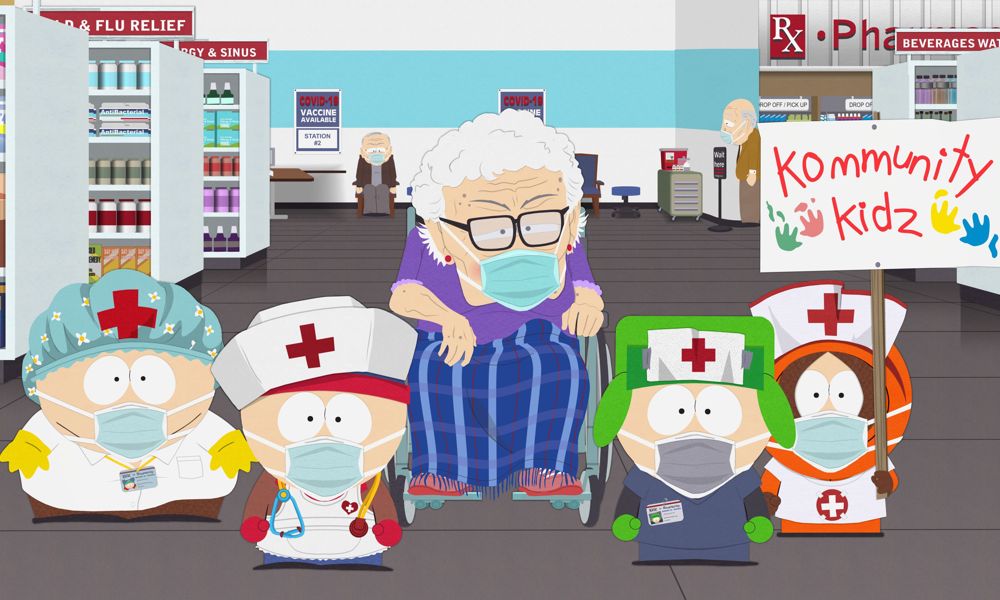 South Park‘s two-decade animated reign over Comedy Central continues strong, with the ViacomCBS channel reporting the South ParQ Vaccination Special dominated the night of its premiere, securing its place as the No. 1 cable telecast of the year with nearly 3.5 million viewers. The second special to follow the show’s 23rd season (the series’ 309th episode) was also the most buzzed about cable event across social media for March 10.

Vaccination Special finds the citizens of South ParQ clamoring for the COVID-19 vaccine, while a hilarious new militant group tries to stop the boys from getting their teacher vaccinated. Episodes of South Park/ParQ are available to stream in HD exclusively on South ParQ Studios (southparq.com), CC.com and the Comedy Central App.