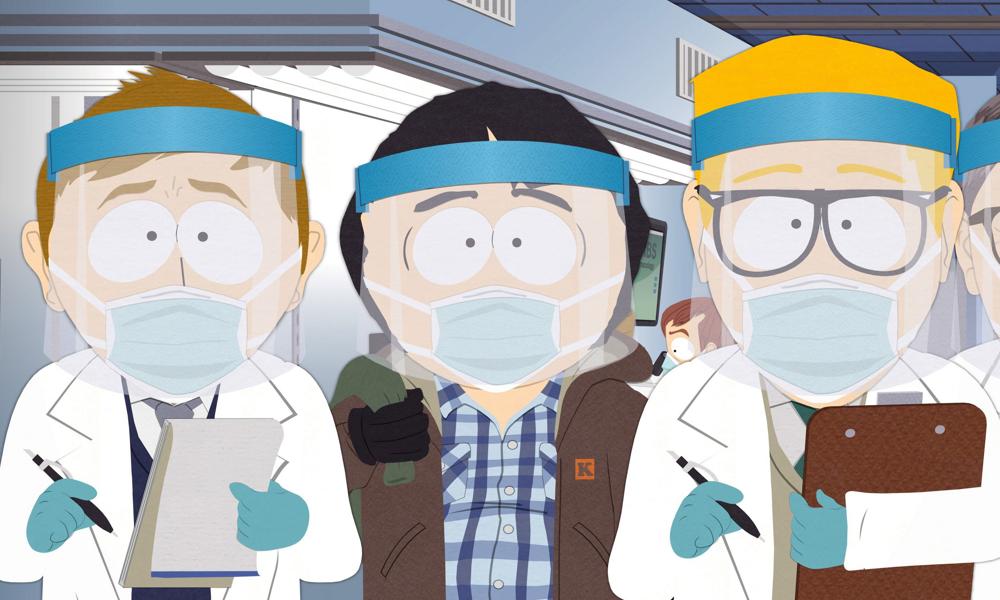 The numbers are in, and the hour-long special marking South Park‘s return to air on Wednesday was a big success for Comedy Central. The Pandemic Special brought in a total of 4.05 million viewers across the night’s premiere and two encore airings, upped the show’s numbers +168% versus last season — delivering South Park‘s highest ratings in seven years — and marking the #1 scripted telecast of 2020. Still got it!

“We’re thrilled with South Park’s return and it’s clear the audience was as well,“ said Chris McCarthy, President, Entertainment & Youth Brands, ViacomCBS. “The success is a testament to Matt and Trey’s creative genius and how we used our full portfolio to let everyone know it’s back – propelling it to the #1 scripted telecast of 2020 and delivering its highest ratings in seven years.”

The television event for the Emmy and Peabody award-winning show was simulcast for the first time, premiering on home network Comedy Central as well as sibling ViacomCBS Entertainment & Youth Brands channels MTV and MTV2.

In South Park: The Pandemic Special, Randy comes to terms with his role in the COVID-19 outbreak as the ongoing pandemic presents continued challenges to the citizens of South Park. The kids happily head back to school but nothing resembles the normal that they once knew; not their teachers, not their homeroom, not even Eric Cartman.

The whole shebang was pulled together by the South Park Studios crew working remotely under coronavirus lockdown. Check out the great Making-Of video released ahead of the Sept. 30 premiere!

All-new episodes will be available to stream in HD exclusively on South Park Studios, CC.com and the Comedy Central App immediately following the west coast airing and on HBO Max 24 Hours after premiere.