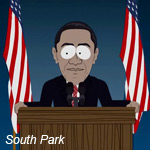 As the rest of us wait out the final vote tallies, chewing our nails and deciding whether or not to apply for Canadian citizenship, Trey Parker and Matt Stone are banking on four more years of President Barack Obama in Wednesday night’s episode of South Park, Comedy Central has revealed.

The episode, which airs the day after the election (you voted, right?) is titled “Obama Wins!” But with such a solid history of Parker and Stone lampooning politics across both sides of the aisle, this week’s show probably won’t be a rosy-hued vision of optimism for America. As EW points out, in a 2001 interview with www.southparkstudios.com Stone summed up his personal politics as:

“I hate conservatives, but I really [expletive] hate liberals.”

Comedy Central offers this episode synopsis: Cartman is hiding something in his bedroom that could change the outcome of the entire election. While Americans innocently plan to go to sleep Tuesday night with the election results counted and a winner announced, Cartman has secretly wrestled control of the Presidential election from the voters.

“Obama Wins!” airs Wednesday, November 7 at 10 p.m. ET/PT on Comedy Central and will be available on SouthParkStudios.com and on HD on Xbox LIVE, iTunes, PlayStation Network, Amazon Instant Video, Vudu and Samsung Mobile Hub. Check out a teaser clip below: 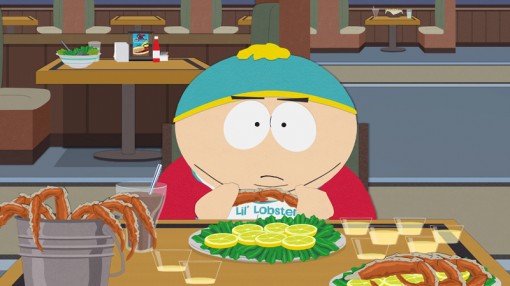