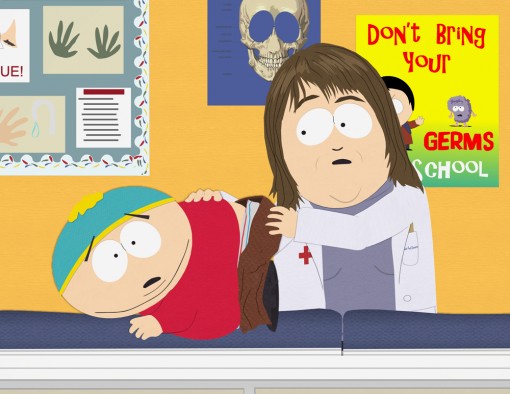 Wednesday night’s episode will kick off the slate of new hilariously cringe-inducing misadventures with the expected tact and decorum. In “Ass Burgers” Cartman believes he is suffering from Asperger’s Syndrome and finds a unique way of coping. Check out the preview:

The “Year of the Fan” fun will continue on Sunday, Oct. 9 at 10 p.m. with the premiere of 6 Days to Air: The Making of South Park by renowned documentarian Arthur Bradford (How’s Your News?) giving an in-depth behind the scenes look at the creation of the show.