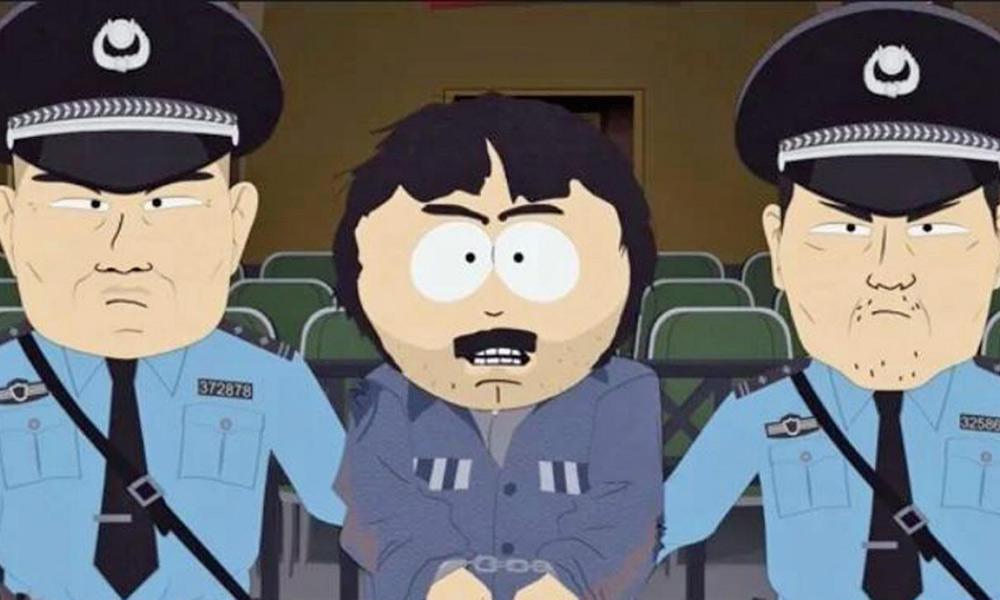 Following a recent Season 23 episode of Comedy Central’s South Park which aimed its stick firmly at Hollywood’s perceived creative acquiescence to the censors which control access to the Chinese market, the show has had every shred of its presence scrubbed from the PRC’s internet.

The episode, “Band in China,” follows misguided dad Randy on his trip to China where he hopes to expand his weed business. On the plane, he encounters a number of Disney characters and realizes his brilliant international idea isn’t that original. Thrown in an abysmal prison camp, he meets Winne the Pooh and Piglet (which have been used to mock president Xi Jinping and received their own governmental smacks).

Meanwhile, Stan, Jimmy, Kenny and Butters form a metal band which attracts movie interest, but the script keeps getting changed in order to meet Chinese distribution approval. Disney gets the brunt of the criticism, with shots inside the Mouse House showing Mickey keeping his Marvel characters and cartoon underlings in line.

Hollywood Reporter notes that no major Chinese web destination contains any scrap of South Park: Social media platform Weibo has no mentions of the show in its billions of posts, Alibaba video streamer Youku is devoid of all links to clips or episodes; and Baidu’s Taiba message board threads discussing South Park are inaccessible.

South Park creators Trey Parker and Matt Stone issued a similarly toned statement on Monday: “Like the NBA, we welcome the Chinese censors into our homes and into our hearts. We too love money more than freedom and democracy. Xi doesn’t look like Winnie the Pooh at all. Tune into our 300th episode this Wednesday at 10! Long live the great Communist Party of China. May the autumn’s sorghum harvest be bountiful. We good now China?”

The NBA jibe refers to controversy stirred up by Houston Rockets GM Daryl Morey, who tweeted in support of the Hong Kong protestors. The message started an avalanche of criticism in China and lead to national broadcasters announcing an air ban on Rockets games, and local sponsors are pulling support of the team. The Rockets and NBA have therefore disavowed Morey’s tweet.