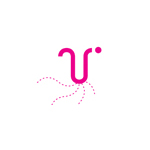 Angoulême, France-based CG animation specialist Vanilla Seed has been tapped as the production studio for the first animated series based on the popular baby toy, Sophie la Girafe (manufactured by Vulli).

The series is being produced by Karen Levy Bencheton’s KLB, and will premiere via online platforms in spring 2017.

Sophie la Girafe was first manufactured in 1961 in France, and quickly caught on with caregivers due to its baby-manageable size and soft, natural rubber material to help with teething. The sweet-faced, squeezable animal toy remains popular today and is still made by Vulli using a “traditional” multiphase manufacturing process.