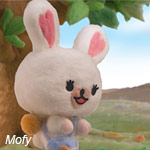 Japan’s Sony Creative Productions Inc. has joined forces with Italian studios Rai Fiction and Misseri Studio to co-produce a new TV series based on the cute bunny character Mofy. Production has commenced on the 26 x 5 show.

Renowned stop-motion house Misseri Studio has crafted a unique look for the series by using cotton puffs to achieve the soft, fluffy appearance of the characters and create a warm atmosphere. The show is being scripted by U.K. writer Nick Wilson and Emmy-winning scribe Robert Vargas. The educational show will be provided in full HD with season 1 set for completion in February 2013. Rai Fiction will handle distribution and licensing in Italy, with Sony handling the rest of the world—the company anticipates representing Mofy in over 30 countries and will be pursuing video and merchandise opportunities in the first year as well.

Mofy was originally created by Sony Creative Products with Aki Kondo (Rilakkuma) and made its debut in Japan in a picture book (Shufu to Seikatsu Sha, 2008). Mofy merchandising and licensing took off thanks to feature film tie-ins and other promotional campaigns and there are currently more than 20 licensees in Japan for consumer products like plush toys, stationery and mobile phone content. 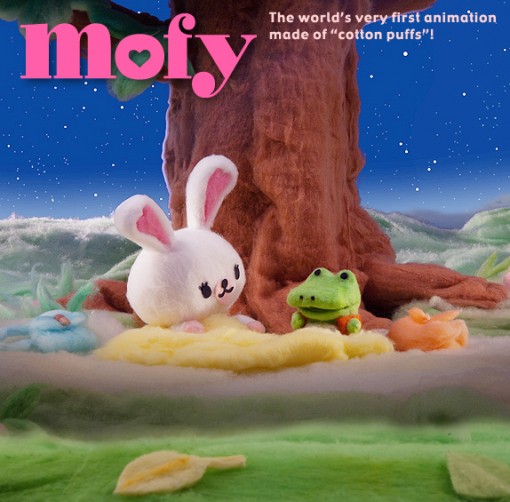 Visit www.scp.co.jp/mofy/biz to view a pilot episode and learn more about the series.