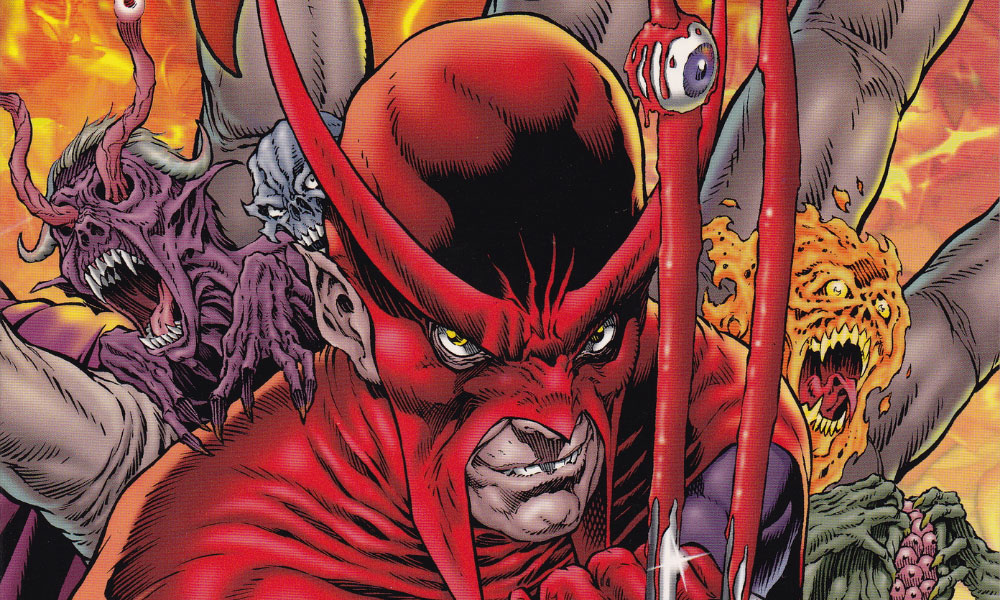 Another intriguing adult animation project is in the works, with Sony Pictures Television announcing its acquisition of superhero/horror comic Faust for adaptation. Indie entertainment co. HALO-8 founder Matteo Pizzolo (Godkiller, The Long Knives) is writing the series based on writer David Quinn and artist Tim Vigil’s books under his first-look deal with the studio.

A deconstruction of classic superhero comics, Faust centers on tormented vigilante John Jaspers, who sells his soul in exchange for super powers and embarks on an infernal quest to defeat Mephistopheles to rescue his lover, Dr. Jade DeCamp, and undo his deal with the Devil.

The first issue of Faust, published in 1987, sold over 100,000 copies, kicking off a series which ran in a core story and spinoffs for 25 years. The comic was previously adapted as a live-action feature in 2000, Faust: Love of the Damned.