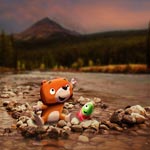 Sonar Entertainment is teaming up with Australian studio Like A Photon Creative to produce mixed-media preschool series Bear & Salmon (104 x 3 min.), created by Nadine Bates and Kirsten Souvlis. The project, recently featured at the 2017 Asian Animation Summit, will be produced at Like A Photon in Brisbane, with Sonar handling international distribution and formatting rights.

Bear & Salmon revolves around the unlikely friendship between the titular critters, who take viewers on jaunts through their imagination as they travel upstream and ponder life’s mysteries large and small from humorous, opposing perspectives. Making these episodes even more endearing is the fact that all the discussion content is created by two children telling their own series through series of Q&A sessions. The animation is crafted around this kid-driven material, letting imagination take the lead in show’s whimsical world.

The series also includes a versioning kit with groundbreaking technology that allows the content to be adapted in different languages and completely customized for any region.

“Bear & Salmon is a truly remarkable and groundbreaking series both conceptually and technologically,” said Andrea Gorfolova, President, Kids, Family & Factual, Sonar Entertainment. “Not only have Nadine and Kristen allowed the content to be ingeniously and entirely created by children, capturing authentic answers to life’s biggest questions, the versioning system they’ve created for the series can track any story in any language and automatically animate it in real time. This allows us at Sonar to provide distributors with a truly universal series, one that can feel completely authentic to any territory in the world.”

“After working with children for the past five years, we’ve experienced the incredible imaginations and magical storytelling ability they possess; coming up with ideas and stories that no adult writer ever could” said Nadine Bates, Creative Director of Like A Photon Creative. “For the first time ever, we wanted to create a show that tapped into that. A show where children can tell their own stories in their own words, to other children. About the world. About their feelings. Engaging their imaginations in a way that is unique for kids programming.”

The themes in Bear & Salmon range from focused, personal discussions about friendship, family and expressing feelings, to broader questions about the universe, nature, society and conservation. Through the eyes of children, the show mulls over questions like “Why do we have time?” and “What does love mean?” in a fresh and unique way accessible to young viewers, encouraging them to speak up and use their own voices. 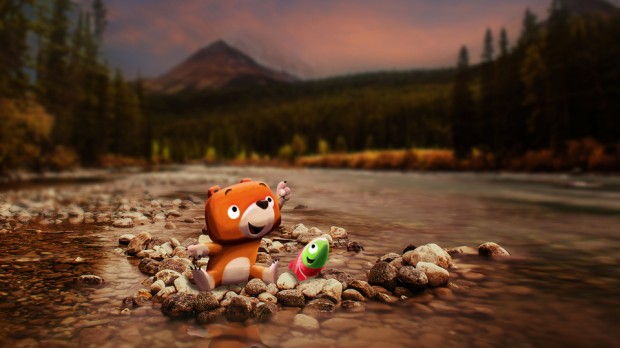