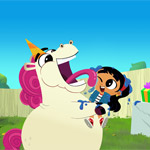 Sonar Entertainment (Counterfeit Cat) has kicked off production on its animated children’s book adaptation Go Away, Unicorn!, a 52 x 11’ series plus 10 x 2’ shorts package aimed at kids 6-9. The show is set to debut on Disney Channel in the US and no Corus Entertainment’s YTV in Canada in Fall 2018, with a multiple territory Disney rollout to follow.

Based on the book written and illustrated by Emily Mullock (published by McKellar & Martin), Go Away, Unicorn! follows the adventures of Alice and her exuberant unicorn as they learn to embrace their differences and realize friendships are often found in the unlikeliest of places. Chris Diamantopoulos (Mickey Mouse, Silicon Valley) and Rebecca Husain (The Good Doctor, Beat Bugs) will star as lead voice talent.

“Go Away, Unicorn! is a beautiful, original children’s book with a strong girl character who is not afraid to be different” said Andrea Gorfolova, President, Kids, Family & Factual, Sonar Ent. “We are excited to see this wonderful story come to life on the screen and are grateful to our partners for believing in this project.”

The series is developed by Dan Signer (ANT Farm, Some Assembly Required) who also serves as showrunner and executive producer, with Jason Groh (Wishfart, Little Charmers) as director.  Corus Ent.’s Nelvana is serving as the animation studio. Go Away, Unicorn! is produced with assistance from the Canada Media Fund. 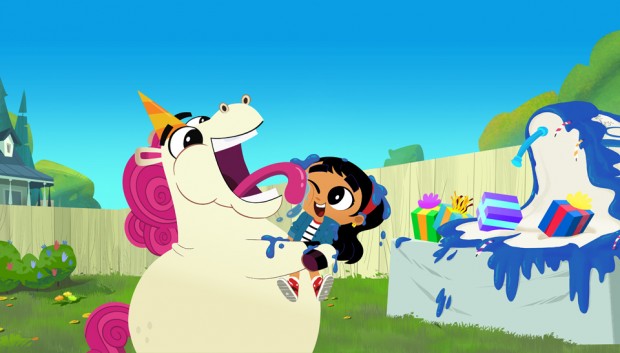