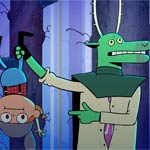 Indie entertainment studio Sonar Entertainment has entered a first-look deal with award-winning Wildseed Studios, based in the UK. The agreement encompasses all Wildseed kids and family content, and will see the partners develop and produce strategic, incentivized pipelines for creator-driven properties from the uK and North America, with Sonar as worldwide distributor.

The announcement was made by Andrea Gorfolova, President, Kids, Family & Factual, Sonar Ent. and Miles Bullough of Wildseed Studios.

Properties now in development under the deal include BAFTA Short Form Award-winning animated series Lottie Bearshout, which follows the adventures of a small-town troublemaker as she explores the enchanted woods outside her cabin with her best friend Hunter, a rookie Forest Guardian; Tuff Pomm a mixed-media comedy about two cool Pomeranian brothers living large in the big city; and The Grim Repo Club, an animated comedy-horror series about two best friends who have to stop the spread of a mysterious paranormal force they accidentally unleash into their sleepy coastal town.

The Grim Repo Club and Tuff Pom were developed as part of Startoon, a talent show that finds Canada’s next cartoon superstar. Startoon is funded by Shaw Rocket Fund — the largest private investor dedicated to Canadian children’s media for independent producers — in partnership with Wildseed Studios.

Sonar and Wildseed previously teamed up for hit toon Counterfeit Cat, which they co-produce for Disney XD and Teletoon, with Sonar handling worldwide distribution.

“Our collaboration with Wildseed has been incredibly rewarding and we are thrilled to expand our relationship with this new deal,” said Gorfolova. “They are one of the most creative, inventive and visionary studios in the industry. Counterfeit Cat has already proven to be a huge winner. We know these additional properties now in development will be embraced by kids everywhere.”

“We are very excited about our new partnership with Sonar for our kids and family programming,” said Wildseed’s Bullough. “We love Sonar’s ambition and energy and the quality of the shows that they produce. We look forward to providing a pipeline of vibrant new properties for the impressive Sonar team.” 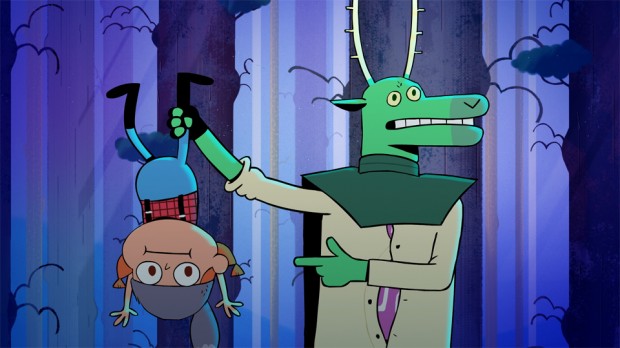