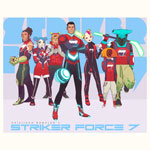 International sport superstar Cristiano Ronaldo has signed on to a tooned-up team with Graphic India and VMS Communications to create and kick-off a new sci-fi athletics/superhero multiplatform property: Striker Force 7. The deal was arranged by agency Polaris Sports.

“I have always been a fan of superheroes and I’m thrilled to help to create this new animated series,” commented Ronaldo. “In the same way football connects cultures and people around the world, I believe great animated characters and heroes can do the same and that’s why I am excited to bring together these passions of football and superheroes through this project and share it with my fans.”

“Cristiano Ronaldo has inspired millions of people around the world with his dedication, work-ethic and all-around epic game playing. ‘CR7’ is a real-life superhero to a generation and Striker Force 7 will bring together a global team of characters from our world (and others), that are representative of the diversity and coolness of his millions of fans,” added Sharad Devarajan, series producer and CEO of Graphic India.

Planned for exploitation across animation, comics, publishing, games and digital content, Striker Force 7 is created by Ronaldo and Devarajan, who will be executive producers on the series along with Diego Guarderas of VMS Comm., Polaris Sports and Jeevan J. Kang, EVP Creative and lead character designer for Graphic India.

“We have been working with Cristiano and Polaris Sports for over five years and we can’t ask for better partners,” said Guarderas. “Cristiano’s name is synonymous with professionalism, dedication and success. That’s the reason that he inspires millions of people around the globe. He didn’t become the most followed athlete on social media by chance; so developing an animated series of a true icon like Cristiano was a no-brainer for us.”

More information will be available soon; fans can stay updated through strikerforce7.com. 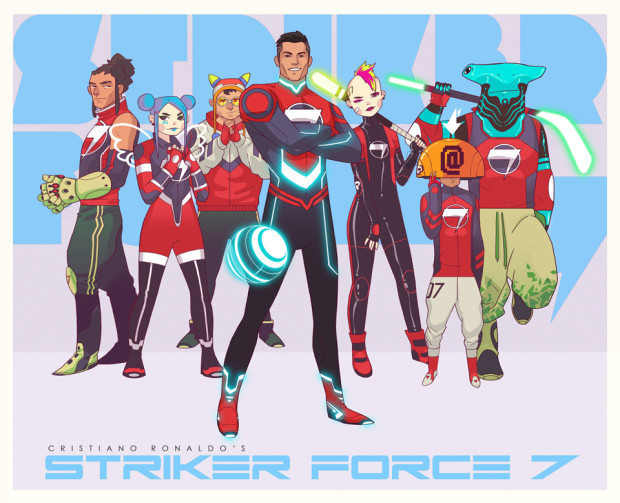 Studio AKA Adds Amazing Awkwardness to CN’s ‘Gumball’
‘The Adventures of Rocky and Bullwinkle’: Modern Moose and Squirrel Madness