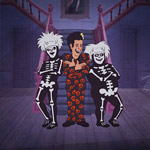 The ridiculously popular (and wonderfully ridiculous) Saturday Night Live “Haunted Elevator” sketch is ready to scare up even more fans, with NBC planning an animated “The David S. Pumpkins Halloween Special” for Saturday, October 28 at 11:30 p.m. ET/PT. The TV event will feature the return of Tom Hanks as the voice of the ghoul of cool himself, as well as two-time Emmy winner Peter Dinklage (Game of Thrones).

David S. Pumpkins first appeared in the original sketch on Oct. 22, 2016, played by Hanks in one of his most inscrutable roles: a mysterious man wearing a pumpkin-patterned suit who, accompanied by two frenetic skeleton-costumed dancers, create a baffling scene on a scary theme park ride. The new special will be set in a small, suburban town where on All Hallows’ Eve, David S. Pumpkins and his sidekicks will show a young brother and sister the true meaning of Halloween.

The David S. Pumpkins Halloween Special is a production of Broadway Video in association with SNL Studios. 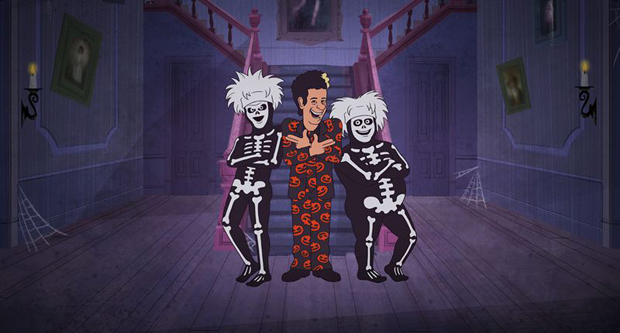