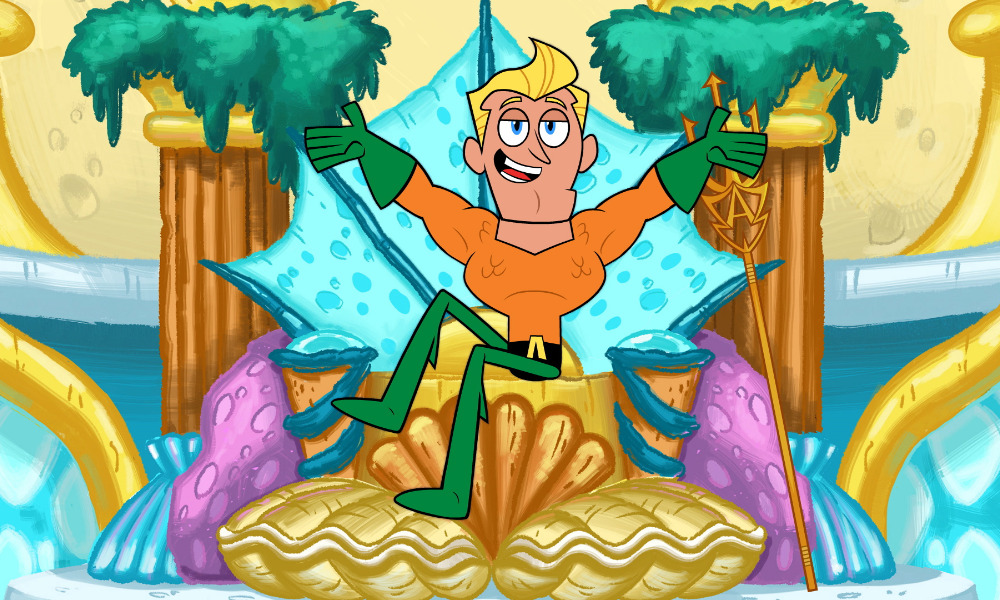 Teen Titans Go! is taking over Cartoon Network this month with all new adventures featuring the fan-favorite teen superheroes, the King of Atlantis and the DC Super Hero Girls!

The super-heroic fun kicks offSaturday, May 14 at 6:45 p.m. ET/PT with the show’s first-ever Aquaman-centric episode, “Finding Aquaman.” The new episode takes the Titans on a wild search and rescue mission as they look for the missing King of Atlantis… Hmm, wonder who could be involved? 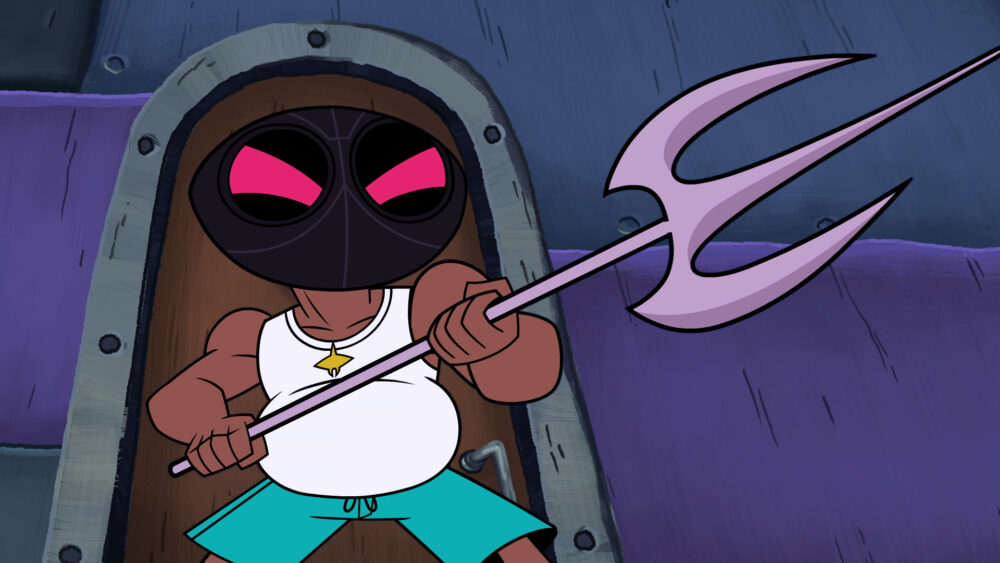 J.B. Smoove voices a down on his luck Black Manta in ‘Teen Titans Go!’ “Finding Aquaman”

Check out a sneak peek clip, in shich our heroes encounter a little tiny problem on their quest for undersea justice…

Find the complete list of Teen Titans Go! new episodes premiereing on Cartoon Network this month below; you can also see the full lineup of May animation debuts across CN, HBO Max and Cartoonito here! 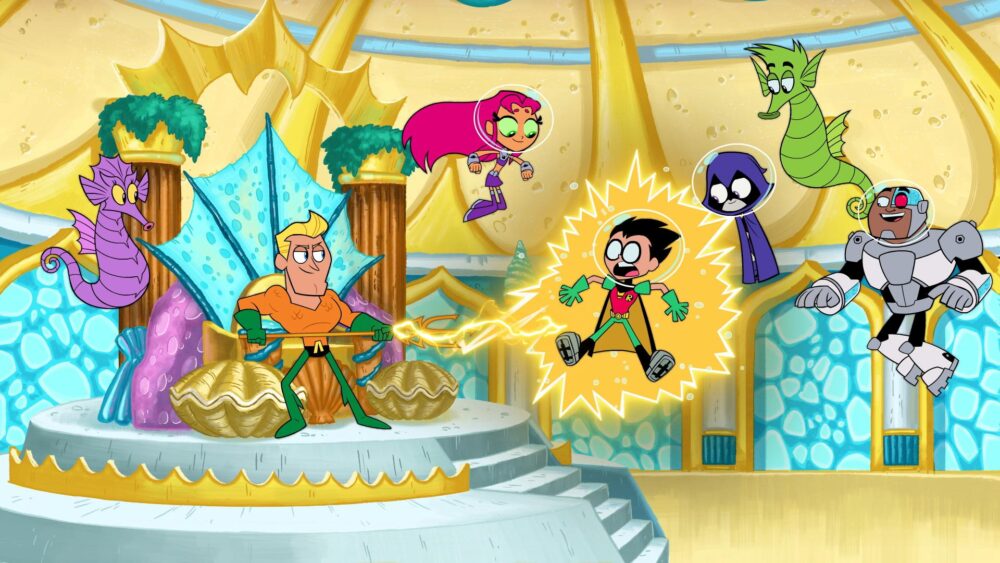 “Finding Aquaman” — While searching for a missing Aquaman, the Titans find themselves at the mercy of Black Manta.

“Whodundidit?” — While housesitting at Wayne Manor, the Titans must unravel the mystery of the clogged toilet.

“Sweet Revenge” — Robin starts working at an ice cream shop to get revenge on Joker’s Gelato for denying him a free birthday scoop.

“Porch Pirates” — After their package is stolen, the Titans must join a crew of porch pirates to get it back.

“A Sticky Situation” — Sticky Joe’s search for a can opener leads to a series of wacky adventures.

“The Perfect Pitch?” — Having watched everything on TV, the Titans decide to make their own show.

Teen Titans Go! & DC Super Hero Girls: Mayhem in the Multiverse — With the help of an ancient Kryptonian power, Lex Luthor unites the world’s Super-Villains to capture all of Earth’s Super Heroes, until… only the DC Super Hero Girls are left to stop the Legion of Doom. Our heroes must cross dimensions to rescue their fellow Super Heroes from the Phantom Zone, but a fortuitous wrong turn leads them to Titans Tower – where they find much-needed allies in the Teen Titans. The young Super Heroes discover their combined strength – and usual comic relief – are essential to save the day in this blockbuster TV movie event!