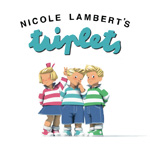 SND will handle worldwide distribution of Nicole Lambert’s Triplets, an original 78 x 7 minute animated series based on the bestselling children books and comic strips by Nicole Lambert and produced by Media Valley and La Station Animation. The new CG-animated series will air on France 5 in France.

An iconic French-language property, Nicole Lambert’s Triplets follows the everyday adventures of two brothers and their sister, exploring childhood with incredible energy and wild imagination, getting into some mischief along the way. Published in 1983 for the first time in the Madame Figaro magazine, The Triplets was an overnight success. Twenty-three comic books by Nicole Lambert have been published with over 2 million copies sold around the world.

“I hope Triplets will have the same effect on their audience that they had on me: Keeping childhood alive, telling about happiness – the happiness of being a child, the happiness of having children,” says Lambert. “Telling about love, love of children for their mother, love of mother for her children. Telling about the funny side of life, the little gags, blunders and misunderstandings which happen every day in the lives of three such lively kids.”

“Nicole Lambert’s Triplets have been a very familiar property for French-speaking territories in Europe and Canada,” notes Natalie Altmann, founder and CEO of Media Valley. “The books are also being translated for the Asian market, noticeably China, showing that the stories depicted in the books and the charming graphic style of Nicole, bear the type of universality any producer dreams of for an animated adaptation. We are proud that Media Valley and La Station have been chosen to achieve that goal and serve the humor and energy of the original property.”

The production has begun on the series. The first scripts are available and the first episodes will be delivered during summer 2014. 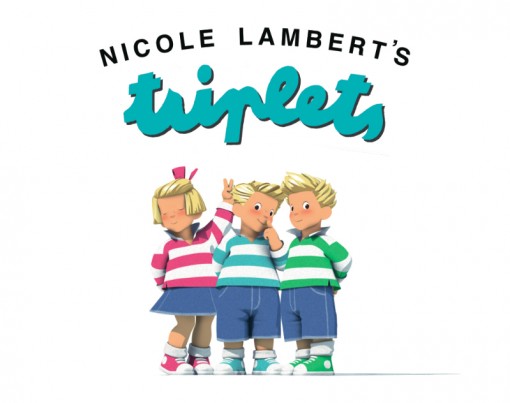