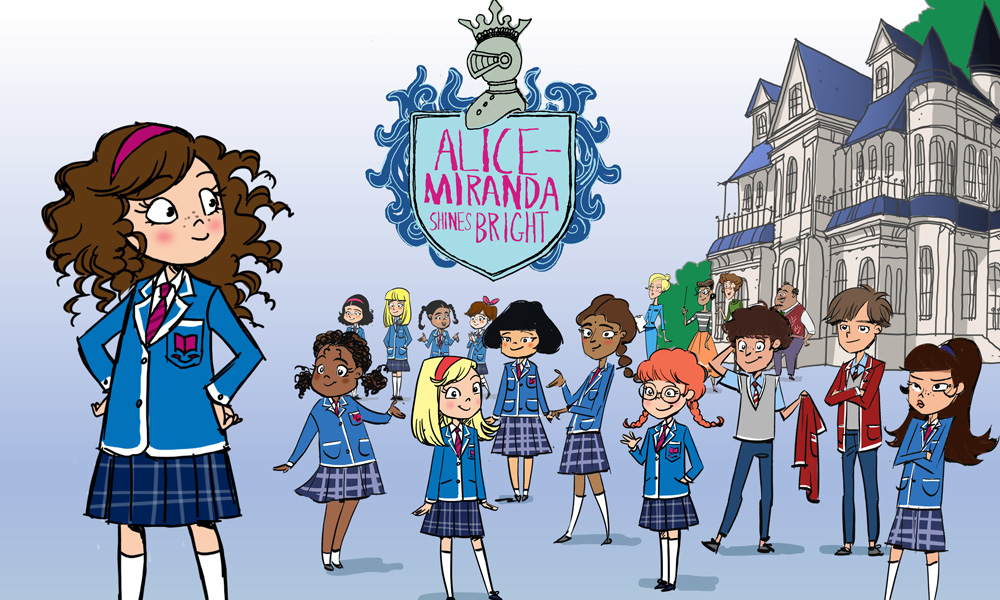 Published by Penguin Random House Australia, the successful series comprises 17 books (and counting) which have sold more than 850,000 copies in Australia alone, and 1 million including key international territories such as the U.K., North America, Germany, Brazil, Hungary, Turkey and Indonesia.

“I am thrilled to bring this perpetually positive and beloved young heroine Alice-Miranda to the screen with esteemed partners, Screen Australia, Nine Network and ZDF Enterprises. It’s an honor to work with Jacqueline Harvey, the author of this incredible publishing property, and to know that Alice-Miranda’s loyal and dedicated audiences will soon be sharing in her awesome adventures on screen,” said SLR Productions’ CEO and Executive Producer, Suzanne Ryan.

Alice-Miranda Shines Bright will tell the story of an extraordinary, brave, kind and optimistic young girl who never gives up. The movie begins as Alice-Miranda is about to become the youngest girl to ever attend the Winchesterfield-Downsfordvale Academy, a place where she will encounter not only friendship and fun, but also high drama, mystery and intrigue. There’s teachers and students in urgent need of help; a girl determined to be Alice-Miranda and her friends’ arch enemy; Fayle School for Boys under threat; and a frightening principal who hasn’t been seen for 10 years — not to mention a witch in the woods!

“SLR Productions all-female creative team including CEO and Executive Producer Suzanne Ryan, script editor Melanie Alexander and director Jo Boag have crafted a smart and inquisitive protagonist in Alice-Miranda that young girls can look up to,” said Sally Caplan, Head of Content at Screen Australia. “Based off the success of the bestselling books, we’re excited to see this Emmy Award-winning team bring this fantastical and inclusive story to screen as an animated adaptation.”

“Alice-Miranda is a great role model for our audience and we are delighted to be working on this exceptional project with the team at SLR Productions. We know that Alice-Miranda has a great following with young readers and Jacqueline Harvey is one of Australia’s top female children’s authors. We believe all the right ingredients are in place for this dynamic, quality Australian children’s drama to be a huge success on Nine,” said NINE Network Co-Head of Drama, Jo Rooney.

“We are thrilled to be working with our long-time partner, Suzanne Ryan and her team at SLR Productions on this animated adaptation of the Alice-Miranda book series by Jacqueline Harvey. The books are loved by millions of young girls all over the world and we are sure they will enjoy the telemovie, Alice-Miranda Shines Bright, just as much,” said Arne Lohmann, VP ZDFE.junior at ZDF Enterprises.