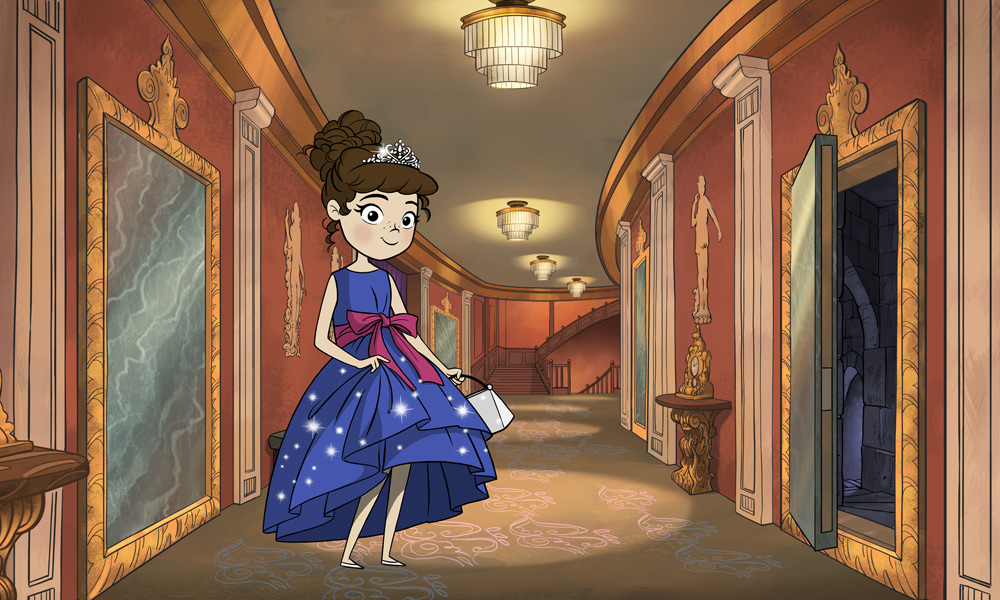 The 80-minute adventure for kids 6-9 will premiere in Australia on NINE and will be distributed internationally by ZDF. The project also sees the return of its creative team, including executive producer Suzanne Ryan (CEO, SLR Prod.), director Jo Boag, producer Yasmin Jones and writers Alexa Moses and Melanie Alexander.

Alice-Miranda – A Royal Christmas Ball follows the success of Alice-Miranda Friends Forever, which is premiering on NINE Network Australia this year and having its first cinema release in EVENT and Village Cinemas across Australia and New Zealand.

SLR has adapted the Alice-Miranda telemovies from the award-winning series of books by bestselling Australian author Jacqueline Harvey, published by Penguin Random House Australia. The 18-part (and counting) book series has been an extraordinary success with over 1 million books sold in Australia and key territories internationally publishing the book series such as the U.K., North America, Germany, Brazil, Russia, Hungary, Turkey and Indonesia.

Synopsis: Alice-Miranda Highton-Smith-Kennington-Jones has survived her first year at Winchesterfield-Downsfordvale, and Alice-Miranda, Millie, Jacinta and Lucas are looking forward to the holidays, with so much excitement and fun to be had — including some high drama, mystery and intrigue. There is Alice-Miranda’s impending birthday celebrations aboard a cruise ship; the annual Downsfordvale Horse Race and town fair; and a Royal Christmas Ball to be held at their school celebrating Queen Georgiana’s silver jubilee.

But Alice-Miranda is having one of those strange feelings that she must get to the bottom of first. With the help of her friends they must catch a jewel thief; save Bony the Pony who’s been kidnapped; and uncover a dastardly scheme to bring down the Royal family.

Alice-Miranda – A Royal Christmas Ball is as magnificent as ever, with a treasure trove of marvellous mysteries that need solving and a whole stack of challenges Alice-Miranda and her friends must face. Luckily they are all up for it! The movie focuses on friendship, adventure, mystery, kindness, bravery — and lots of ponies.

“I am absolutely delighted to be announcing production on the second Alice-Miranda telemovie, Alice-Miranda – A Royal Christmas Ball’. We have had an overwhelmingly positive response to the first production, Alice-Miranda Friends Forever and the return of partners, Screen Australia, NINE Network and ZDF Enterprises is testament to the local and international appeal of Alice-Miranda. We are thrilled to again be working with Jacqueline Harvey to bring the well loved and charming fictional heroine, Alice-Miranda to screens around the world,” said SLR’s Suzanne Ryan.

“Alice-Miranda is a great role model for our audience and we are delighted we can bring this second telemovie to our screens. We are thrilled to be working once again with Suzanne Ryan and her creative team at SLR Productions,” said NINE Network’s Co-Head of Drama, Jo Rooney.

“Alice-Miranda is a shining example to younger audiences with her generosity, kindness and perseverance. This all-female creative team helmed by Suzanne Ryan and Jo Boag are at the top of their game. I’m excited to see them bring a new Alice-Miranda adventure to children and families here in Australia and internationally,” said Head of Content at Screen Australia, Sally Caplan.

“The Alice-Miranda book series by Jacqueline Harvey is a publishing phenomenon. This popularity made green-lighting a second movie a very easy decision for us. Without a doubt, Alice-Miranda fans will have a ball watching this Christmas themed movie,” said ZDF Enterprises’ VP ZDFE.junior, Arne Lohmann.