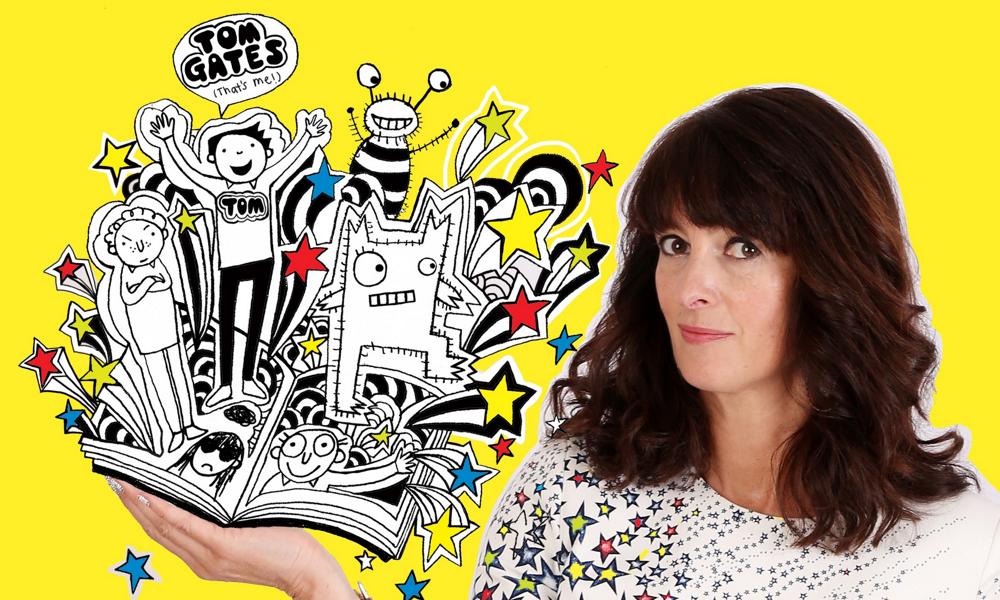 Sky today announced the commission of the new hybrid children’s series The Brilliant World of Tom Gates, from TG Entertainment Limited, which will be available on Sky’s On Demand service Sky Kids in the U.K. & R.O.I.

A Sky Original kids’ series featuring a modular mixed-media magazine format, The Brilliant World of Tom Gates is based on the award-winning, multi-million-copy-bestselling Tom Gates books written and illustrated by Liz Pichon (who also presents the series) and published by Scholastic.

“Liz Pichon is an exceptional talent with a unique comic gift and is an inspirational creative force for children,” said Catherine Bell, Co-Group MD for Scholastic U.K. “Her Tom Gates books are a global success and we can’t wait to see them move from page to screen at the start of the exciting 10th anniversary year.”

The 20 x 11’ series, primarily aimed at kids aged 7-12, is set to premiere on Sky Kids U.K. in early 2021, coinciding with the 10th anniversary year of the first Tom Gates book and the publication of the 18th in the series, Tom Gates: Ten Tremendous Tales.

Celebrating creativity and fun, the series brings to life the unique and comical world of Tom Gates. A combination of 2D and stop-motion animation with live action, it – like the books – blends Tom’s crazy humor with craft ideas and tips and tricks that kids and adults will love to recreate, along with amazing interactive games, gags and catchy songs featured in some of the books to join in with. Tom and friends pop-up and interact throughout, while Pichon herself, who is executive producer and working closely with the whole team to bring to life Tom’s world in every fabulous detail, shares tips on how to draw the characters from the books.

“This TV show is exactly the kind of programme that I would have LOVED to watch as a kid and been completely obsessed by. It’s going to be funny, fun, bursting with creativity and snacks. All the things kids love about the books and so much more,” enthused author and exec producer Pichon. “I am thrilled that SKY have commissioned it (thank you!) and I’m looking forward to bringing the whole world to life with the very talented and hugely enthusiastic team at TG Entertainment.”

Pichon’s award-winning Tom Gates book series has sold more than 11 million copies worldwide and has been translated into 44 languages. The heavily illustrated novels, in handwritten font with Tom’s doodles and pictures embellishing the text, document in hilarious detail his everyday trials and tribulations at home and school which all kids can relate to.

“I absolutely love the Tom Gates books! Liz Pichon has a brilliant knack of knowing what kids find funny and engaging and I’m delighted to team up with TG Entertainment to bring Tom’s world to the screen for Sky Kids,” said Lucy Murphy, Director of Kids Content at Sky U.K. & Ireland. “I know our audience will love this show and be inspired by Tom and Liz to get crafty and creative.”

Series exec producers Ken Anderson & Arabella Page Croft of TG Ent. said, “Tom’s world perfectly lends itself to a winning format for TV and, thanks to the tremendous support from the team at Sky Kids, we’re looking forward to delivering a series that is as much fun to watch as it is to work on!”

Screen Scotland’s Jennifer Armitage, said: “TG Entertainment is run by two of Scotland’s most dynamic producers and we are delighted to support this original new series which will be wholly produced in Scotland.”

Ian France, Commissioning Editor for Sky Kids, will oversee the production for Sky.

Sky Kids offers families 11 kids’ channels and over 5,000 episodes of on demand viewing as well as the Sky Kids app, a safe space for younger kids focussed content, games and art tools with parental controls including a sleep mode so parents can moderate screen time. This is complemented by the pin protected Safe Mode on Sky Q, so there’s no danger of children straying into any areas of content that are not right for them.