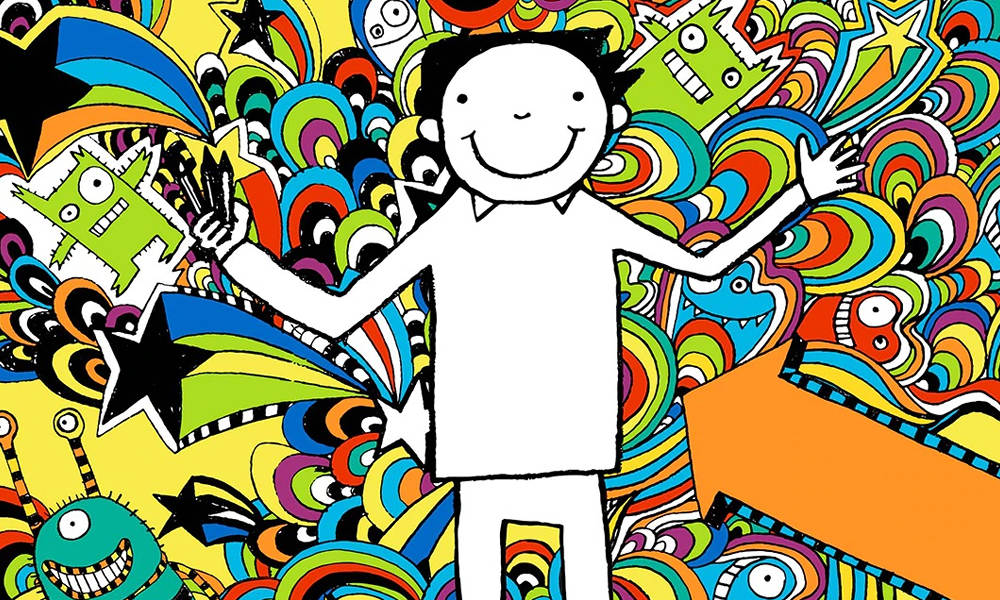 Sky today announced that it has commissioned a second series of the hugely popular kids show The Brilliant World of Tom Gates (20 x 11’) from TG Entertainment Limited. The series is currently in production and will be available on Sky’s on-demand service Sky Kids and streaming service NOW in the U.K. & R.O.I. in early 2022.

In response to the popularity of the music segments in the first series, Sky has also commissioned additional songs from the original Tom Gates song writing team of Mark Flannery, Martin Cooper and Liz Pichon to create a new short-form music series as stand-alone programming which will run later this year. A 22’ seasonal special is also in production.

A Sky Original kids series featuring a modular mixed-media magazine format, The Brilliant World of Tom Gates is based on the award-winning, multi-million-copy-bestselling books written and illustrated by Liz Pichon and published by Scholastic. Pichon is also co-writer and presents the “Draw It” segments of the series.

“Tom Gates has been a real crowd-pleaser and has proven appeal to a broad age group of our viewers,” said Lucy Murphy, Director of Kids Content at Sky U.K. & Ireland. “We’re really pleased to be teaming up again with Liz Pichon and TG Entertainment to bring more of Tom’s adventures to life and inspire our young audiences to get creative.”

A combination of 2D and stop-motion animation with live action, the series blends Tom’s humor and school life with crafting ideas and makes which kids love to recreate, along with interactive games, gags and catchy songs. Tom and his friends pop up and interact throughout each episode, while Pichon shares her own special advice on how to draw the characters and provides a wealth of other tips!

Season 2 will see Tom embark on more hilarious adventures at home and at school, with his friends and family. Favorite characters such as best friend Derek with his dog Rooster and Tom’s grumpy sister Delia, the ‘fossils’ (a.k.a .Tom’s grandparents) and schoolmate Marcus Meldrew reappear in new and original stories, making this series an even more compelling proposition for fans. Tom’s doodling gets him into tricky situations with headteacher Mr Keen and beady-eyed Mr Fullerman. Mum’s cinema “rules” prove a challenge for Tom and Leroy when it comes to not eating snacks loudly. And what could possibly go wrong for Tom while looking after Mark Clump’s hamster, Marble? (Spoiler alert: everything.) We also meet some new characters including Mrs. Nap, the fabulously eccentric music teacher; Linda the singing Llama from FarmerLlama Land; and even The Wrinklies, Tom’s Mum’s parents, make a special Christmas appearance.

Series executive producers Ken Anderson & Arabella Page Croft of TG Entertainment commented, “In Tom’s words, it’s epic that Sky Kids has commissioned another series of The Brilliant World of Tom Gates. We’ve all had such a fantastic time working on the show and are excited to be back in production again. This time we are able to spend real time together to create a series which will be better than ever!”

Pichon’s award-winning Tom Gates book series has sold more than 11 million copies worldwide and has been translated into 44 languages. The heavily illustrated novels, in handwritten font with Tom’s doodles and pictures embellishing the text, document in hilarious detail his everyday trials and tribulations at home and school which all kids can relate to.

Pichon said, “It’s been really exciting to be part of the whole process of bringing The Brilliant World of Tom Gates to life. The show is exactly the sort of program that I’d have loved and got totally obsessed with when I was a kid. And the feedback I’ve had from my readers is — they feel exactly the same way. The whole show is stuffed full of creativity and fun ways to engage children and make them laugh. Everything I put in the books has been brought to life by the incredibly talented team of people that have all worked so hard to make the series brilliant. I can’t wait for everyone else to see what we’ve done for series 2.”

“This is fantastic news for Scotland-based production company TG Entertainment and this recommission will support further significant growth opportunities for Scotland’s animation sector,” said Screen Scotland’s Jennifer Armitage. “The Brilliant World of Tom Gates has brought to life on screen a widely beloved character in Tom Gates and inspired children through art and craft projects from creator Liz Pichon, which has proven vital over the last year. It is exciting to see that the first series will also be reaching international audiences too through this new deal.”

Caroline Tyre, VP Global Sales and Rights Strategy, WildBrain, added: “The Brilliant World of Tom Gates has been very well received by international broadcasters, and we’re delighted to support more of Tom’s adventures to inspire kids with engaging storytelling and humour, delivered on screen with the same wonderful creative style that has made Liz Pichon’s books so popular.”