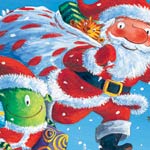 Tiger Aspect (part of Endemol Shine Group UK) has been commissioned to produce a Christmas special for animated property Aliens Love Underpants AND… — packed with loving aliens, action, adventure, catchy seasonal songs, and undies! The half-hour special will premiere in 2018 on Sky One in the UK before rolling out to on demand platforms, including the Sky Kids app and NOW TV.

Aliens Love Panta Claus will be based on the picture book of the same title written by Claire Freedman and illustrated by Ben Cort, published by Simon and Schuster. The story sees the aliens giving away underpants because it’s Christmas. But when they realize they have a famous pair that could stop Christmas for everyone, they leap into action to save the day and help Santa deliver all his presents — by spaceship!

“With Santa Claus, spaceships, aliens and underpants, what more could you want from a Christmas special!” said Tom Beattie, Head of Animation and Kids at Tiger Aspect, which is doing all animation production in-house. “It’s great news that we are able to bring such a fun story to life on Sky.”

Lucy Murphy, Head of Sky Kids, commented: “We pride ourselves on bringing viewers more of the content they love and having seen the success of the Aliens Love Underpants AND… song shorts, it was a natural fit for us to commission a Christmas special with both our animated friends and the team at Tiger Aspect. This is a joyously silly story with such lovable characters and we know the whole family will love it – and won’t be able to stop singing along.”

The successful short series Aliens Love Underpants AND… launched on Sky Kids last year and on Disney Junior in the US in early 2018. The series is distributed by Endemol Shine International, with licensing through Endemol Shine Group. 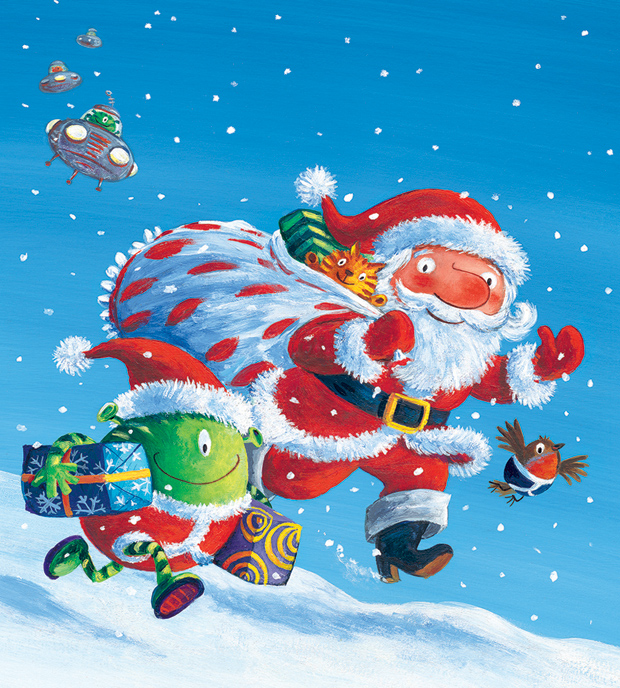 ‘Incredibles 2’ On Track to Be All-Time Top Toon at Box Office
‘In a Heartbeat,’ ‘Inanimate’ Win 2018 Student BAFTAs