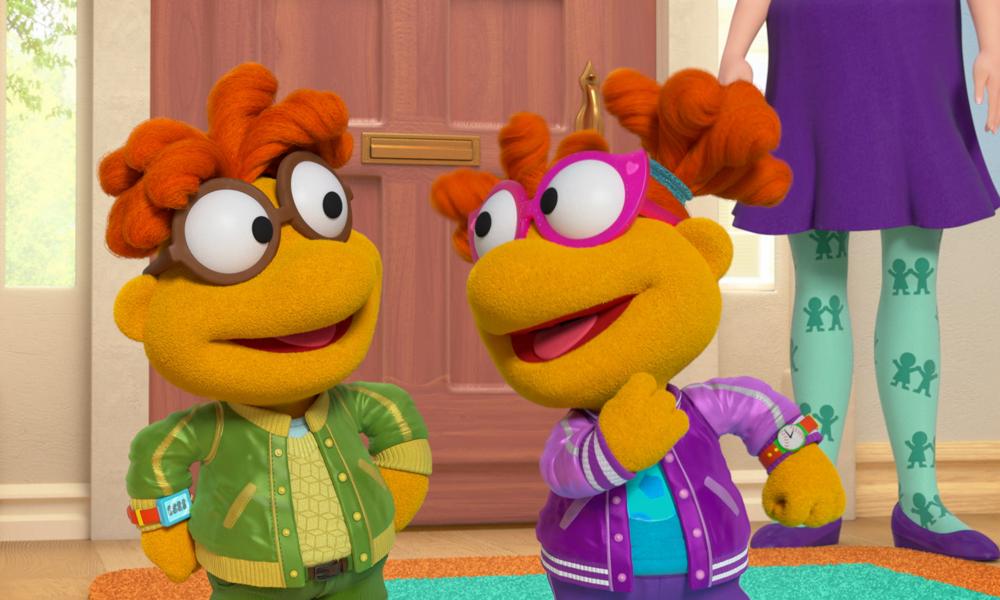 Fan-favorite Muppet twins Skeeter and Scooter will visit Miss Nanny’s playroom in a special episode of Disney Junior’s hit Emmy-nominated CG series, Muppet Babies. Premiering Friday, May 22 at 8:30 a.m. EDT/PDT on Disney Channel and DisneyNOW, the red-headed siblings will feature in both 11-minute stories of the new episode.

“Win a Twin” – When Skeeter volunteers to help Miss Nanny bake, her twin, Scooter, isn’t sure he can have fun playing without her.

“Skeeter and the Super Girls” – Skeeter is so excited to save the day with Super Fabulous and Captain Ice Cube, but she doesn’t think she can be a superhero if she wears her glasses.

Muppet Babies is a production of Zamodo, LLC, a.k.a. Oddbot Inc., in association with Disney Junior and The Muppets Studio.