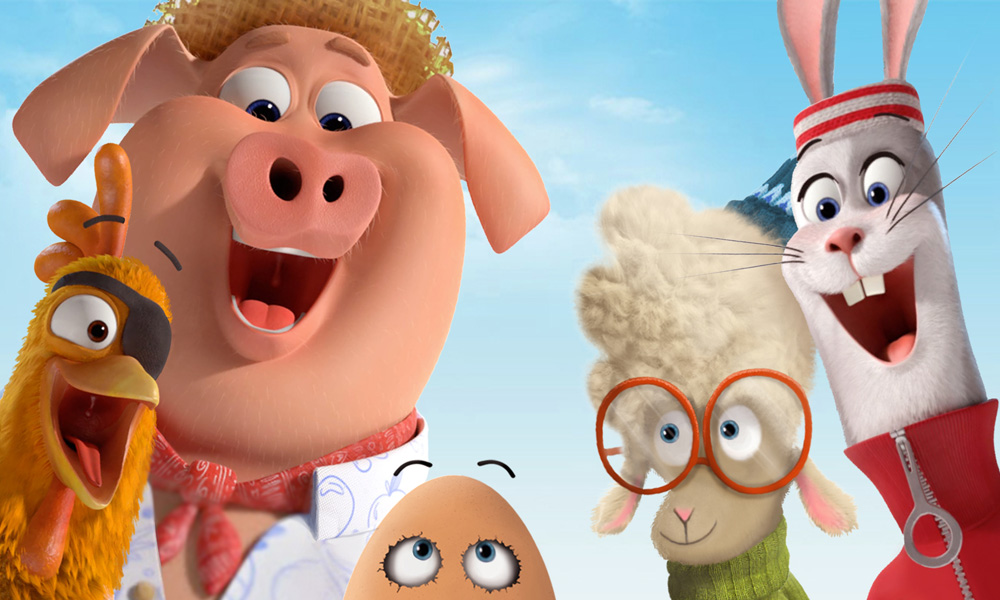 A co-production with Tencent Kids as a Tencent Video Original in China, France Télévisions in France and Technicolor Animation Productions, The Coop Troop was co-created by showrunner Colin Williams of Sixteen South and the children’s author and illustrator Alex T. Smith. The series is due to deliver from Spring 2022 and is being produced in Northern Ireland, France and China.

“Heroes come in all different shapes and sizes, and The Coop Troop show that you don’t have to be privileged or have special powers to be one – you can be an everyday hero just by being yourself,” said Williams. “We’re really thrilled to team up with such mighty partners as Tencent Video, France Télévisions and Technicolor on our first super deluxe 3D CGI comedy for older kids.”

Smith noted, “It has been a complete joy to work with Sixteen South again, on our homage to TV classics of the ’70s and ’80s like The A-Team, and I can’t wait for viewers to tune in and join our zany gang.”

The Coop Troop is a gang of five unlikely heroes: hyperactive rabbit Maggie, eccentric inventor Flo the chicken, bon vivant swine Clive, excitable yet insecure lamb Billy and enigmatic egg Jo d’Oeuf. Thirsty for adventure to escape their mundane farm life, their mission is to help any animal with a problem – and they’re kept busy by the precious and very pampered pets of the nearby town of Animauville.

When their red telephone rings, somebody needs help, so the Troop set off in their ingeniously – if haphazardly – modified chicken Coop to provide it. No matter how simple the problem, The Coop Troop will always come up with a way to solve it – usually in the most roundabout, over-the-top way possible, resulting in an escalating comedy of ridiculous events as each mission snowballs out of control. As they frantically try to get things back on track they attract more chaos at every turn – but with The Coop Troop, satisfaction is always (eventually) guaranteed!

“International co-production is an important part of Tencent Kids’ strategy and we are thrilled with the results of our partnership with Sixteen South,” said Selina She, Director of Kids’ IP Development & Programming Center at Tencent Video. “The Coop Troop will not only hugely entertain our audience, but also show how with friendship and teamwork you can solve any problem. We can’t wait to introduce it to the world at Annecy.”

Sandrine Nguyen, Producer at Technicolor, said, “We are very excited to collaborate with Sixteen South and Tencent on this wildly funny and appealing series. Our loveable bunch of heroes have their flaws but as a team they work through them to emerge stronger, which is a valuable lesson for today’s kids and one that will resonate globally.”

“France Télévisions is proud to welcome The Coop Troop on board the Okoo Family. With their positive attitude, humor and goodwill, there is no doubt this wild bunch will appeal to our audience of 6 to 9 year-old girls and boys!” added Pierre Siracusa, Director, Animation, Youth and Education for the pubcaster.

Sixteen South Rights is managing the global distribution rights for the series outside of France and China.