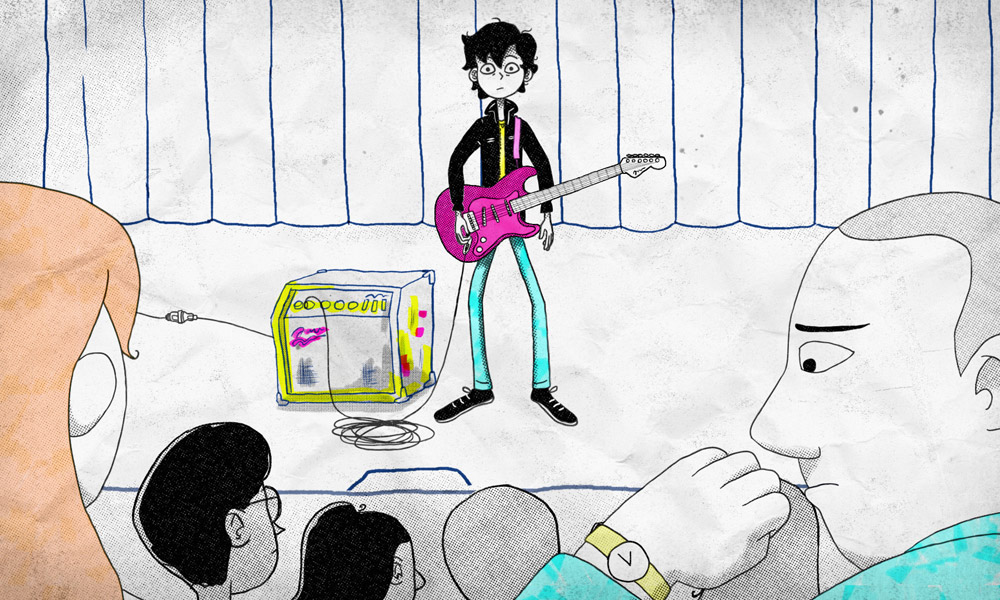 Television standup comedy has a history that goes back at least 70 years, and in that time, standup specials have evolved to become many things – hilarious, memorable, provocative, surreal. But there’s one thing they’ve never been, and Tig Notaro is about to change that.

Tig Notaro: Drawn debuts July 24 on HBO and HBO Max as the first standup special to be fully animated, but that barely begins to describe the ways Notaro’s special opens doors onto a combination of art forms – standup comedy and animation – that have never come together quite like this. The TV event takes full advantage of the medium, with studio Six Point Harness bringing each of Notaro’s tales to life in a unique style, drawing on myriad inspirations, influences and media. 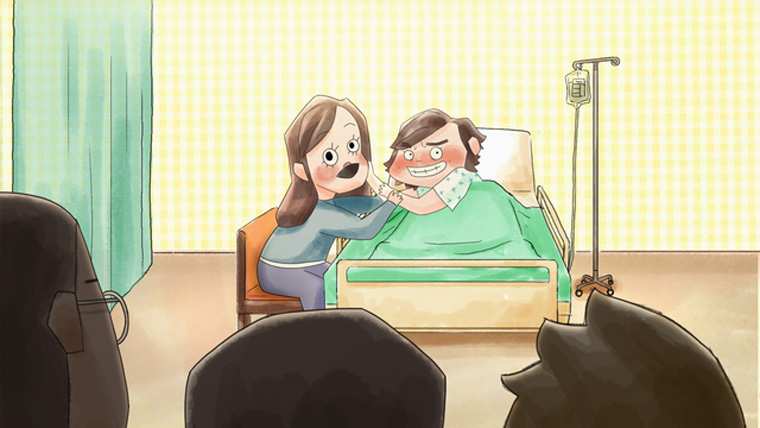 “As soon as we met and started talking about the concept, everyone’s mind went to the idea that each bit would look completely different than the other,” said Greg Franklin, director of Tig Notaro: Drawn and creative director at Six Point Harness. Franklin oversaw a team of more than 150 artists, animators and technicians who contributed to the special.

“Many of us grew up reading MAD Magazine, and each issue you never knew what the next page was going to look like, there were so many diverse things crammed into it, and that might have been the single influence that helped us all figure out the overall effect we were going for,” Franklin said. 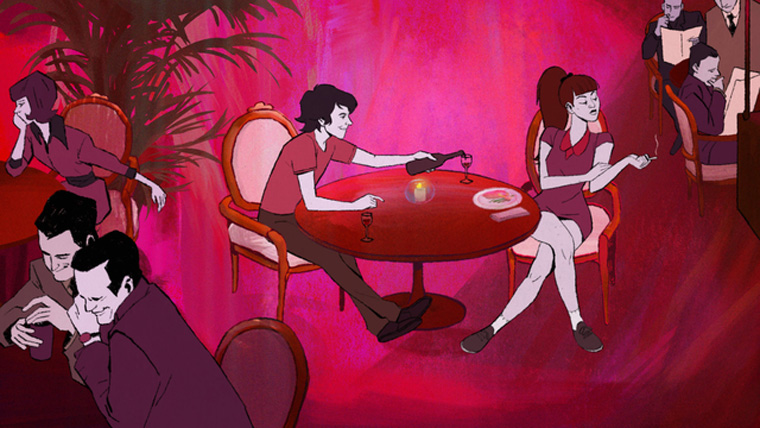 Tying it together was Notaro herself, her uniquely sardonic worldview and playful attitude toward her audience. “Every artist on this project came up with brilliant visual jokes, but we were working in Tig’s playground, so it was crucial that every choice we made was driven by her tone and her material,” Franklin added. “Visually, that was our biggest challenge: to represent each story with an entirely different look, yet make it feel like it’s all of a single piece – Tig’s brain.”

Animators began with an extraordinary amount of material. Rather than one single pre-recorded comedy show, Notaro offered Six Point Harness access to more than 48 hours’ worth of audio material, much of which had no visual counterpart. The audio was assembled from dozens of different shows, and Notaro worked with the animation team to narrow it down to the one hour in the special.

Sometimes the animation style sprung directly from the material itself. One sequence, in which Notaro recalls her disastrous experience getting her wisdom teeth pulled, was evocative of magazine illustration styles from the jet-setting 1960s. “Tig finds herself in a world surrounded by these beautiful sophisticates who maybe aren’t quite as pretty on the inside, and a stylized, retro realism was, to us, a hilarious way to animate those characters and tell that story.”

In another sequence, Notaro recalls a road trip with a friend that contained a stop-off at the home of a kindly old woman. “That started as a modern take on Looney Tunes and the exaggerated, slapstick styles of cartoons from the 1940s and ’50s, and eventually evolved into a pretty original and modern look all its own.”

Other segments allowed Franklin and his team to satirize the look of CG feature animation and “visually ponder what it might look like if, say, Coco bled to death.” The sequences are intercut with shots of an animated Notaro on stage interacting with her audience, letting the animators depict not just the comedian but the kaleidoscope of people in the crowd.

Hand-drawn animation, computer animation, even throwback claymation – painstakingly created with actual clay by Six Point Harness creative director Musa Brooker – all come together to create an hour of comedy and animation that’s truly unlike any standup special in television history.

“It’s been a pure collaboration with Tig,” Franklin asserted. “This is Tig’s world, and she’s given us a chance to play in it.”