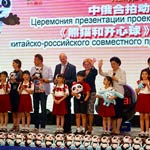 On Tuesday, the international animated co-produced Krash and Hehe officially launched in Guangzhou, China with a special event attended by high-level guests from both China and Russia, under the gaze of reps from the state-run media orgs SAPPRFT, CCTV, CITVC and producers FUN Union (Hong Kong) and Riki Group (Russia).

An introductory video was debuted and since launched  online (in both Chinese and Russian)  children’s choir sang the show’s theme song. The guests of honor — Vice Premiere of the PRC Liu Yandong and Russia’s Deputy Prime minister for Social Affairs Olga Golodets — both gave enthusiastic speeches, describing Krash and Hehe as a cultural blend that will help draw the two nations together, especially the children.

“Today, I’m very glad to attend the launch ceremony of one of the most important projects of Sino-Russia Media Exchange Year: the Sino-Russian co-production animation Krash and Hehe,” said Liu Yandong. “This is the first co-production animation made by China and Russia. It will become a new highlight of the communication of children from both our countries, and it will make children from both countries very happy.”

The show’s main characters — Krash the rabbit from Russian series KikoRiki and Chinese cultural icon Hehe the panda — embody the union of the co-producing countries, as they are both established favorites in their respective markets. Krash and Hehe is set in a toy store, where the toys come to life at night and embark on wild and wacky adventures, highlighting themes of friendship and fun. 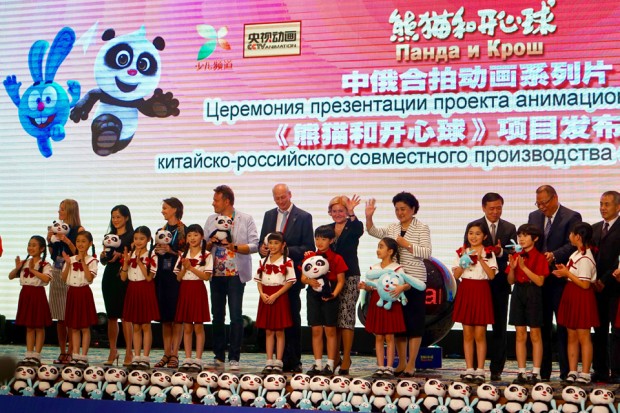