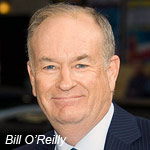 Well in line with its tradition of subtle (and not so subtle) irreverence, Matt Groening’s The Simpsons blasted its host channel’s Fox News during the network’s 25th anniversary special programming on Sunday. The dig came at the end of a re-run of the toon’s first episode, when an end card congratulating the broadcaster was shown during the credits which read:

“Congratulations FOX on 25 years … We still love you*

*This doesn’t include Fox News”

The show has never been shy about its grievances with Fox News, but the back-handed congratulations irked Fox News personality Bill O’Reilly who re-ran the clip during his program and commented that the show was “continuing to bite the hand that feeds part of it” and that the network “allows its cartoon characters to run wild.” 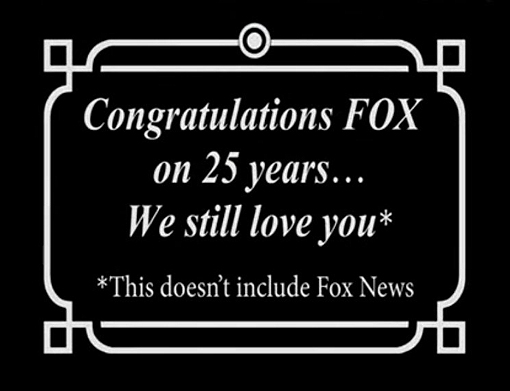 We know Mr. O’Reilly doesn’t have much experience in the animation industry, but as experts in the field we feel we must let him know that cartoon characters do not actually exist and thus cannot exercise free will, nor would they be particularly susceptible to disciplinary efforts by the network. 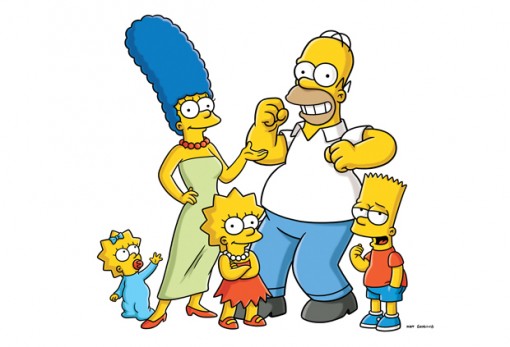