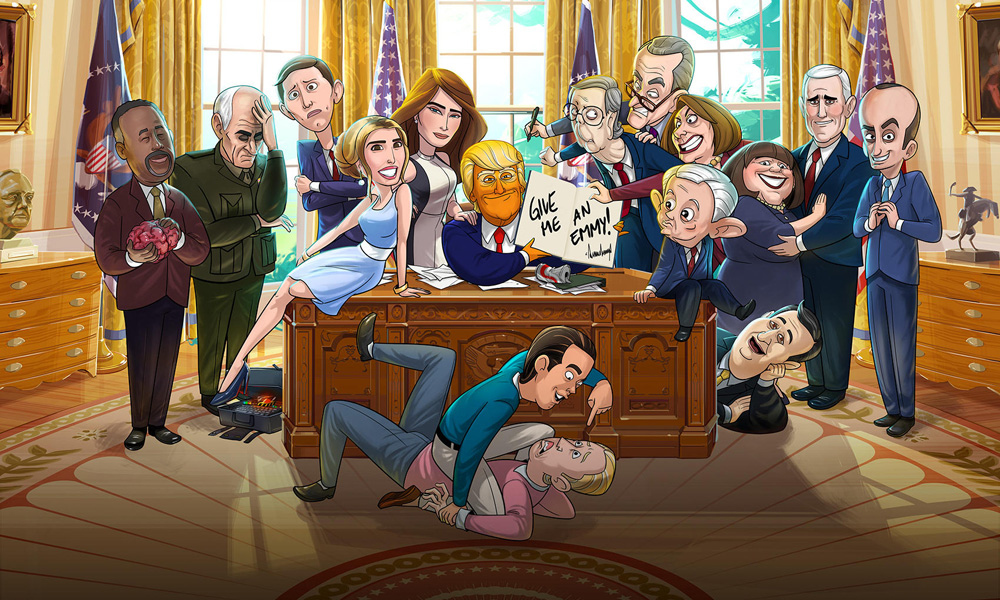 A second season of Showtime’s animated satire Our Cartoon President has been ordered by the cabler. The 10-episode sophomore season will debut later this year. The show is exec produced by Stephen Colbert, Chris Licht and showrunner R.J. Friend. Tim Luecke is lead animator and co-exec producer of the timely, well-written show. CBS TV Studios produces the show in New York. The animation is done using Adobe Character Animator and After Effects.

Our Cartoon President centers on the trials and tribulations of the presidential team of Donald Trump. Mike Pence, Ivanka Trump, Betsy Devos, Jared Krushner and Sarah Huckabee Sanders are familiar characters on the series.

The toon’s first season featured episodes highlighting Trump trying to win the State of the Union address, rolling back President Obama’s accomplishments, and highlighted his relationship with the media. The show also offered a special Election Day special, in time for the 2018 elections.

Last year, show runner R. J. Friend told us, “We have got pretty lucky as a lot of the people in this administration have short tenures, so we have to cover them before they leave the office. We have a very tight turn-around on this show. Sometimes, things happen on the day of delivery. Stephen Colbert plays a big part, as his humor is joyful and cathartic. That’s why animation is so perfect for this genre of comedy. We can take it far beyond the reality and exaggerate things. We think this President is very worthy of satire, and we have this great tool. Of course, we make fun of Democrats too!”