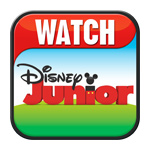 Disney Jr.’s new animated series Sheriff Callie’s Wild West debuts this month on the WATCH Disney Junior app. Created by Denis Morella and George Evelyn and developed for television by Holly Huckins (Higglytown Heroes), the show follows the adventures of loveable kitty cat sheriff Callie, her deputy woodpecker Peck and their cactus sidekick Toby as they watch over their little frontier of Nice and Friendly Corners. The series is a production of Wildbrain Entertainment, a DHX Media company, in association with Disney Junior.

Utilizing the folklore of the Old West, each episode in the animated series features two 11-minute stories that focus on character building, and being a good friend and neighbor. Reinforcing the lessons is a trio of comical prairie dogs who sing little ditties throughout each episode.

Here are some pics from the new show, which will officially launch on Disney Junior in early 2014. 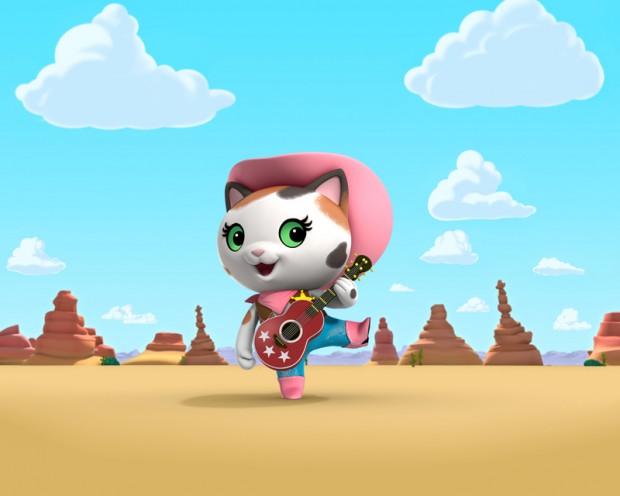 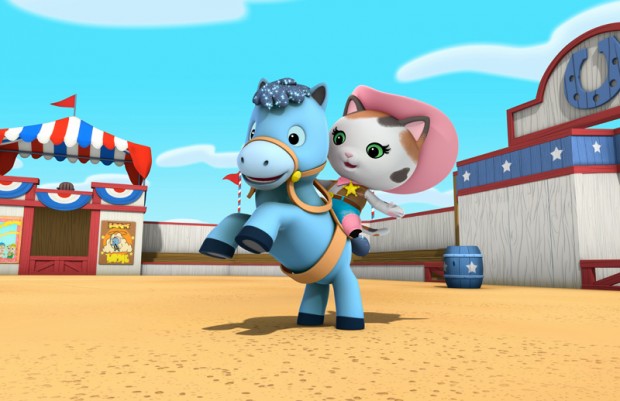 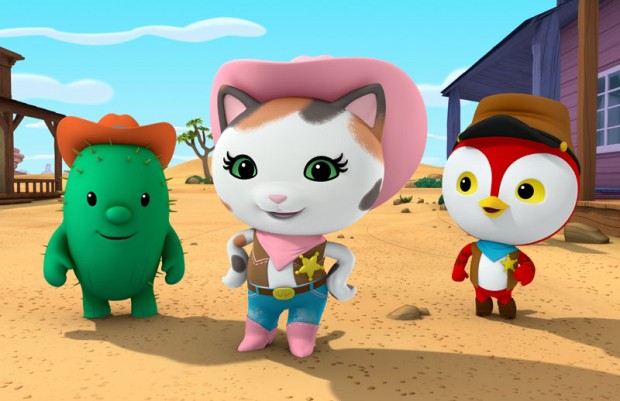