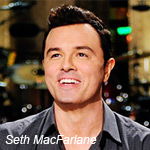 Family Guy creator and this year’s Oscar host Seth MacFarlane has recorded a guest spot on The Simpsons, according to ew.com. MacFarlane will try to romance Marge in an episode that will air next fall as the season 25 premiere.

“We wanted to come together in a bipartisan way to make Fox Sunday night rock,” said Simpsons exec producer Al Jean. “This was all very fun. We thought we had a great part that he’d be perfect for, and it would be great to have him on our show, so it worked out just right. There’s been a little rivalry. We’re both humor shows and we make jokes, but it’s always been friendly. For Seth, it completes the Saturday Night Live/Oscar host/Simpsons triple crown that exists only in my head.”

In the episode, titled “Dangers on a Train,” Marge mistakenly visits a website for married people to arrange affairs. There, she meets the charming Ben (voiced by MacFarlane), who pursues her as they bond over their mutual love of a Downton Abbey-like British drama series, Upton Rectory.

“A lot of him trying to go after her is over the phone, so it’s a perfect part for someone with his voice,” says Jean.

MacFarlane also sings “The Way You Look Tonight” in the episode. Incidentally, the role of Ben’s wife is voiced by comedian Lisa Lampanelli. Jean also says the episode also contains a joke about Family Guy and The Simpsons.

“Marge and Ben talk about this Downton Abbey show and they say, ‘There’s so much great stuff on Sunday nights… except on Fox.’”

In related news, MacFarlane told an audience of UCLA students that he and his team have been seriously considering a Family Guy movie.

“It’s just a matter of when,” he said. “It’s hard to do that while you have the series going on at the same time; I think that’s why it took The Simpsons 20 seasons to figure out how to do it… We do know what the Family Guy movie will be. The Simpsons movie, I thought, was hilarious, but the one criticism I would have is that it’s a story they probably could’ve done on TV. There could’ve been an episode that had that plotline,” he said. “That’s the challenge with animation. You pretty much can do any story you want, so what is the reason for the movie? We finally hit on the answer to that question, and it will be something that would be impossible to do on TV.”

MacFarlane also told the UCLA class (which was filmed by mtvU as part of its Stand In series) about a new Oscar Experience College Search, where students who are interested in pursuing a career in the movie industry can apply to be part of the Oscar telecast by uploading a 30-second video about how they’ll contribute to the future of the movies. You can find out more about the contest at www.facebook.com/theacademy. 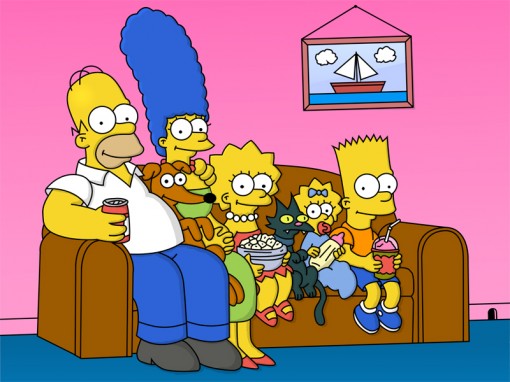