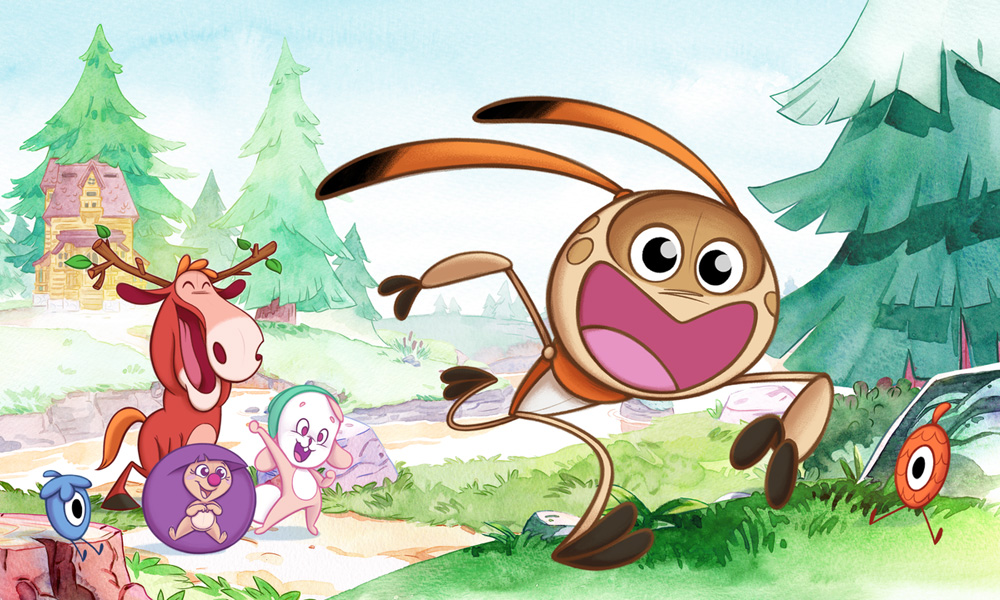 “Having signed a co-production deal with Gigglebug Entertainment last year for Best & Bester through my production company, Eye Present, it felt natural to take on Gigglebug — not only because we fell in love with the hand-painted animation and infectious positivity, but also our wish to expand our relationship with GBE as a company.” says Genevieve Dexter CEO of Serious Lunch.

“We are thrilled for Gigglebug to join Genevieve’s outstanding selection of titles such as Ronja, the Robber’s Daughter. With Nordic sensibilities and emotional intelligence being in vogue for preschoolers, we’re excited about the growing global audience that is now getting to enjoy this utterly positive, and heartwarming series,” said Anttu Harlin, Gigglebug Ent. co-founder, CEO and producer.

International distribution rights to Gigglebug were previously acquired by WDR, which signed them back to GBE due to restructuring of its kids’ content strategy. WDR continues to hold rights to the series in Germany.

In addition to the animated series, the brand will have its fifth picture book published and launch a fourth digital app later this year. The three existing Gigglebug apps have garnered more than 1 million downloads.