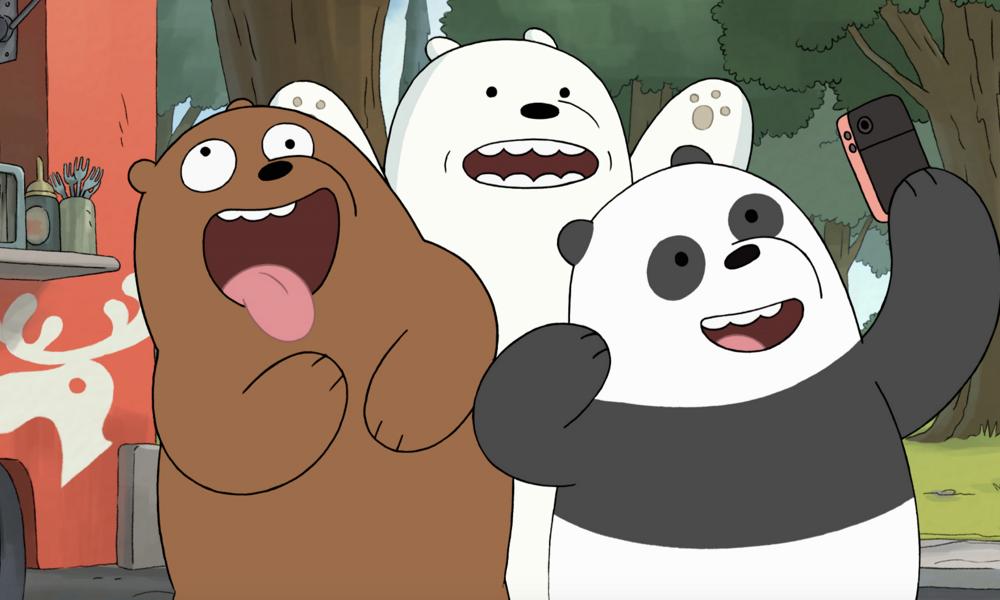 Join Grizz, Panda and Ice Bear on their most epic adventure yet when We Bare Bears The Movie debuts on Monday, Sept. 7 at 6 p.m. ET/PT, only on Cartoon Network. Fans can gear up for the TV premiere by watching every Bears episode ever (all 140 of them!) the entire, long weekend starting Saturday, Sept. 5 at 6 a.m. ET/PT until the movie airs on Monday.

And the Bears fun doesn’t stop there! A Twitch charity livestream hosted by series creator Daniel Chong, featuring a multitude of special guests, will take place on Thursday Sept. 3, starting at 9 p.m. ET / 6 p.m. PT. Proceeds from the livestream will be donated to the NAACP Legal Defense Fund in support of Black Lives Matter. Join the conversation around the stream using #stackingforchange.

While waiting for all of this fun to begin, jam out to the We Bare Bears The Movie Original Soundtrack, available on all major platforms.

Presented with limited commercials by Nintendo Switch, the TV movie is about the bears’ love of food trucks and viral videos getting out of hand, catching the attention of the menacing Agent Trout from the National Wildlife Control, who pledges to restore the “natural order” by separating them forever.

Chased from their home, Grizz decides there’s only one thing they can do to find refuge: move to Canada! The Bears embark on an epic road trip filled with new friends, dangerous obstacles, and massive parties. But most importantly, the perilous journey will force the Bears to face how they first met and became brothers, in order to keep their family bond from splitting apart. 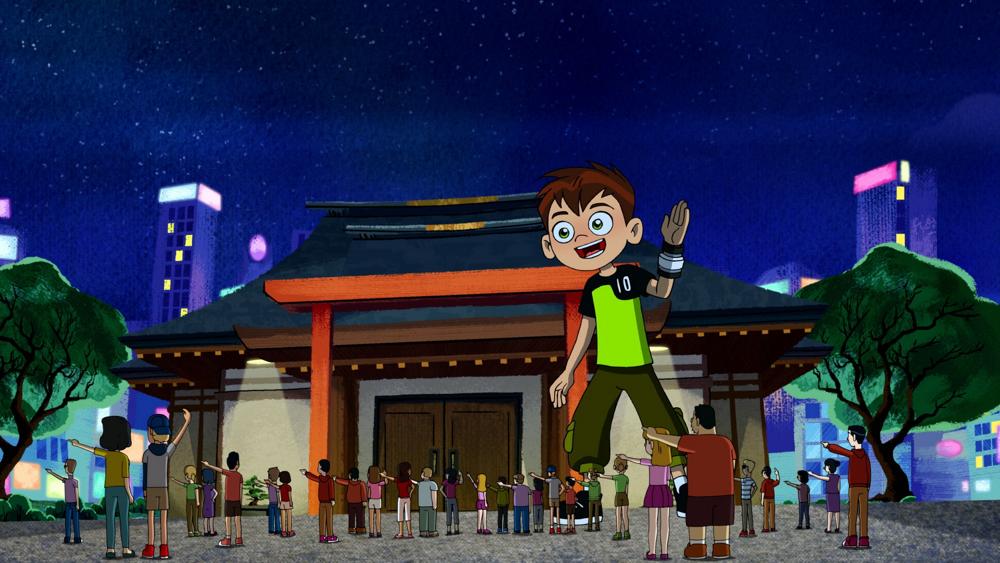 6:30 a.m. Bakugan “Wynton’s Reality Show/Bakugan Soccer” — Lia has had it with Wynton’s pranking, but little does she know Wynton is in for a taste of his own medicine. Then, the Awesome Brawlers and their Bakugan decide to have a game of Bakugan Soccer!

7 a.m. Ben 10 “Tokyo Fun” (half-hour special) — After Ben heroically shuts down the Bugg Brothers latest nefarious restaurant, Team Tennyson looks to enjoy sumo wrestling at the Global Games, but when the Twain Twins crash the event, Ben must stop the polarizing siblings if he is to salvage the family vacation in Tokyo!

Ben 10 “Growing Up is Hard to Do” — Ben and Gwen are stoked to enter a skating competition, but when Nanny Nightmare shows up to teach the skater kids some manners by turning them into babies, it’s up to Team Tennyson to up their game if they are to have any chance at saving the day.

Ben 10 “The Hex Factor” — When Hex mistakes an exclusive magic club for a top-secret Wizard society that snubbed him, Ben has to figure out how to work around the club’s strict code of conduct to stop him without getting booted by security.

11 a.m. Ninjago “Shintaro” — The ninja are invited to attend the birthday party of Princess Vania, in the distant Kingdom of Shintaro. They depart, bringing along Master Wu, unaware that he is feeling his age…

Ninjago “Into the Dark” — When Cole investigates a mysterious visitor, the ninja aren’t sure what to believe. Cole is frustrated with this lack of team support, until Princess Vania reveals a secret entrance that leads to an underground mine beneath Shintaro.

7 a.m. Ben 10 “Sweet Tooth” — On a trip to the dentist’s office, Ben grows uneasy over the dentist’s odd behavior and goes into hiding, but when his suspicions prove right, and the dentist transforms into the monstrous Toothache, Ben must save the day!

Ben 10 “Medieval Upheaval” — When Steam Smythe ‘time travels’ his way into a Renaissance Faire and kidnaps Max, Ben and Gwen must defeat him without breaking character.

5 p.m. Total Dramarama “For a Few Duncans More” — While trying to photocopy his butt on Chef’s fancy new copier Duncan accidentally makes an entire other Duncan. Great! This other Duncan can do all the school stuff while the real Duncan chills.

Total Dramarama “He Who Wears the Clown” — After trying on the nose of a clown Owen learns that this is how clowns are made and he is stuck as a clown until he can trick someone else into asking to try on the nose. 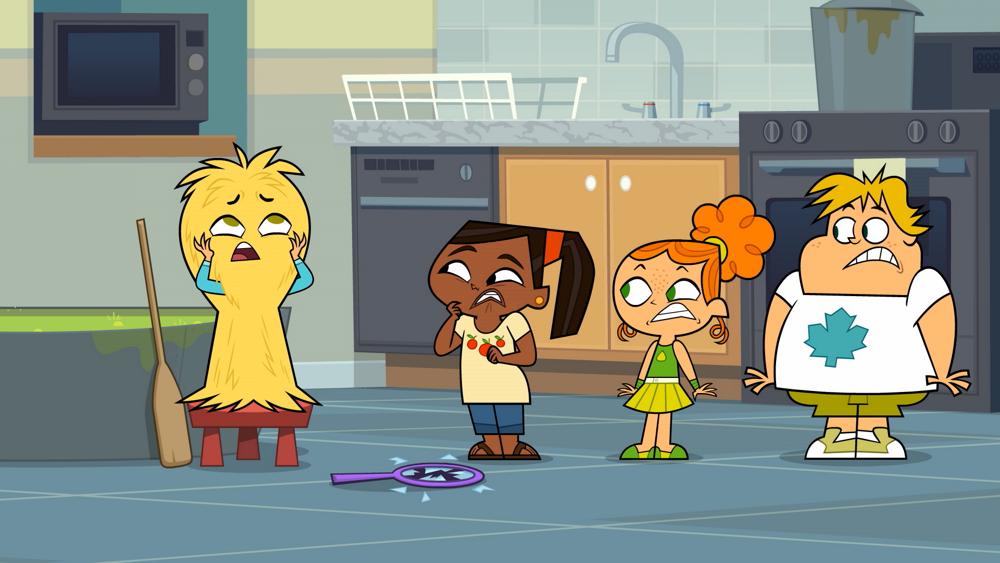 7 a.m. Ben 10 “Speed of Sound” — Team Tennyson participates in the inaugural ride of the Sonitrain, the fastest train in the world, but when the conductor turns out to be Lord Decibel, Ben must derail his master plan if he is to save everyone on board the runaway train.

Ben 10 “Xingo’s World” — Ben, Gwen, and Grandpa Max are on the road again and are supposed to be taking in the beautiful sights, but Ben refuses to put his video games away. Only the unexpected return of Xingo can spur him into action!

5 p.m. Total Dramarama “Us ‘R’ Toys” — When Chef brings in some old toys from his childhood he, Duncan and Gwen, each get magically sucked into one of the toys and need to find a way to get back into their own bodies.

Total Dramarama “Dream Worriers” — Izzy forgets the ending to her most amazing dream of all time, so the kids travel into her mind to find out what happened.

7 a.m. Ben 10 “Tummy Ache” — Team Tennyson go on a tour of the new Biggie Box Candy Store, but when Toothache breaks out and kidnaps the owner, Mr. Biggie, it is up to Ben to stop the monstrous dentist and save the candy man and his wondrous candy store.

Ben 10 “Players of the Lost Park” — When Team Tennyson visits Raspberry Park for some R & R, they get more than they bargained for. What they think are innocent games of chance are a revenge plot by Zombozo to steal the Rustbuggy and rob Team Tennyson!

5 p.m. Total Dramarama “Grody to the Maximum” — Cody gets a super cool, new t-shirt. It’s SO cool that the kids don’t even recognize him, so Cody jumps on the chance to leave his old life behind and become popular.

Total Dramarama “Wiggin’ Out” — Bridgette donates her hair to a charity that makes wigs for hairless cats and now some classmates want to do the same. But their quest for perfect wig hair drives them to weird and dangerous lengths.

7 a.m. Ben 10 “De-Fanged!” — Team Tennyson travels to the new Laser Town VR, but when Kevin cheats his way to the top, Ben must team up with former champ Fang if he is going to defeat his souped-up rival.

Ben 10 “Mock 10” — Ben, Kevin and La Grange find themselves stuck ‘outside of time’ after the latter hijacks a supersonic train with a faulty engine, forcing the trio to team up and slow down.

5 p.m. Total Dramarama “The Upside of Hunger” — Owen has a mishap while baking an upside-down cake and is transported to an upside-down world where he is forced to outwit himself in order to get his cake back.

Total Dramarama “Fire in the Hole” — Duncan cooks up a nuclear hot sauce to mess with Chef, but accidentally summons Terry Spice, King of the Underworld!

Ben 10 “Buktu to the Future” — After Tim Buktu’s live stream is mysteriously cut short, Team Tennyson must attempt a rescue mission and break inside the highly confidential Area 55 in order to save him. 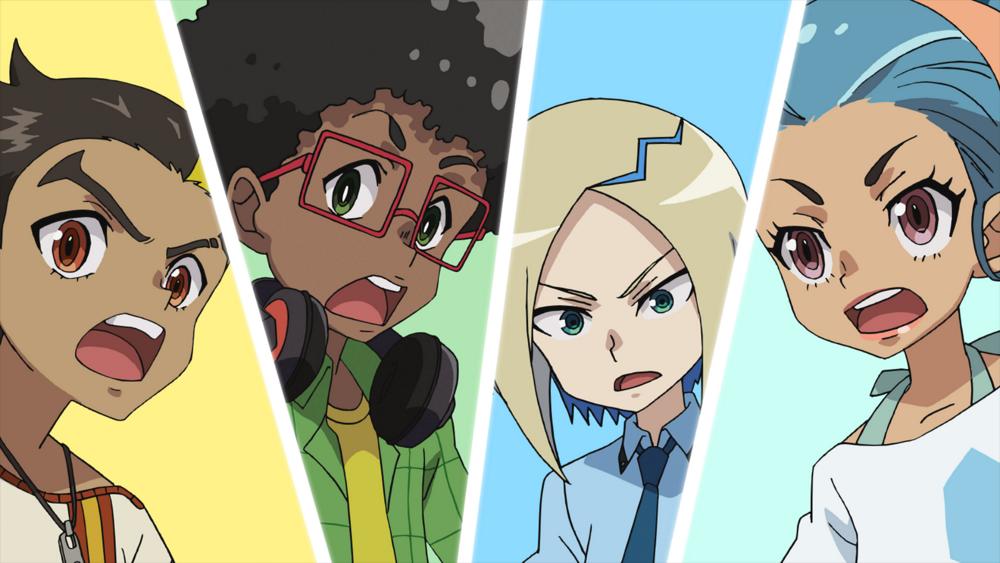 6:30 a.m. Bakugan “Shun and Lightning/Premonition of a Storm” — With all the devices related crimes happening in Los Volmos, Shun decides to investigate to try to get to the bottom of McQ’s nefarious dealings. Then, after a run in with McQ, Shun and Lightning find themselves in a little bit of trouble.

11 a.m. Ninjago “The Worst Rescue Ever” — The ninja attempt to rescue Cole, but the bickering of his fellow prisoners, the Geckles and Munce, alerts the Skull Sorcerer, and soon the ninja are prisoners too.

Ninjago “The Two Blades” — In order to escape the Skull Sorcerer’s chain-gang, the ninja must convince the Munce and Geckles to put aside their distrust and work together… by promising them something they may not be able to deliver — The Blades of Deliverance!

DC Super Hero Girls “#ItsComplicated” — When Hal Jordan sees Carol Ferris with a new boyfriend, his ego can’t handle the rejection, resulting in the most absurd Lantern battle ever.

6:30 a.m. Bakugan “Superstar Dan/Awesome Brawlers on Vacation” — The Awesome Brawler’s head to Tokyo for the Bakugan Battle League – Tokyo Edition. Then, Lia, Lightning, Shun and Wynton explore the sights of Tokyo when a rogue Bakugan shows up and rampages.

11 a.m. Ninjago “Queen of the Munce” — Jay, Nya and Lloyd are led deep into the Mines of Shintaro by Murt, who brings them back to the Munce “Home- Cave” – a settlement deep in the mountain.

Ninjago “Trial By Mino” — Separated from the others, Kai and Zane discover a party of Geckles who suspect them of being in league with the Skull Sorcerer, and bring them before their leader, Chancellor Gulch, who subjects them to a “Trial-By-Mino.”

4 p.m. DC Super Hero Girls “#TheBirdAndTheBee” — Meek little Karen Beecher is intimidated by big broody Carter Hall until she discovers Hawkman’s tragically romantic destiny and vows to use her vast knowledge of cheesy teen movies to help him reunite with his beloved.

DC Super Hero Girls “#FantasticBeastsAndHowToMindThem” — Diana Prince receives a care package from home, and her pet-raising skills are soon put to the test when a mysterious egg hatches into a baby griffin.

6:45 p.m. DC Super Hero Girls “#AwesomeAuntAntiope” — Diana always preferred her “fun aunt” Antiope to her strict mother, but when Antiope visits Metropolis and takes the girls out on the town, Diana sees her aunt’s antics in a whole new light. 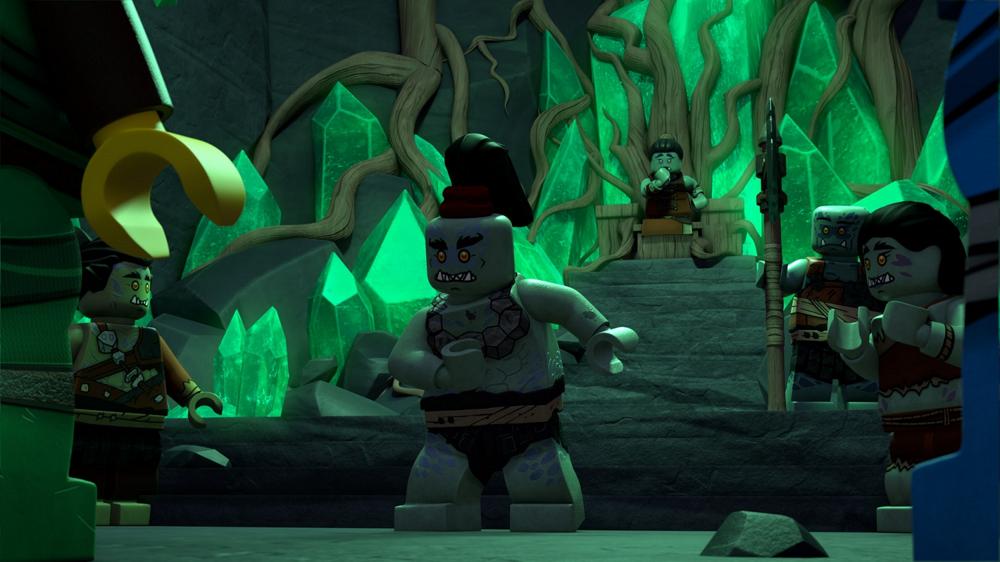