Multiple Emmy and Annie Award-winning short format series Mickey Mouse will premiere its third season on Disney Channel on Friday, July 17 at 8:25 p.m. ET/PT, followed by its arrival on WATCH Disney Channel, Disney.com and iTunes the next day. Season 3 will send Mickey, Minnie, Donald, Daisy, Goofy and Pluto on many hilarious adventures around the globe and caught up in comedic situations at home.

Disney also announced it will debut a special episode inspired by Snow White and the Seven Dwarfs, titled”Wish Upon a Coin,” will have its world premiere at D23 Expo in Anaheim, Calif. on August 14 before debuting on TV Aug. 21. Other upcoming adventures include season opener “Coned,” in which Mickey’s day becomes a series of misadventures when he decides to “cone” himself in solidarity with injured pup Pluto, and an adventure through London look for MIckey’s ideal performance space in “One Man Band” (Aug. 14). 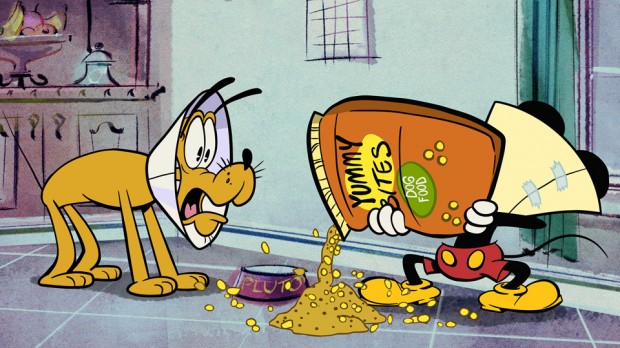