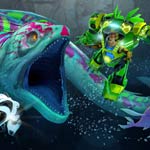 DHX Media, A Stark Production and Technicolor is diving back into The Deep with a new 13 x half-hour season 3 order from ABC ME in Australia. This re-up will bring the total number of episodes to 52 half-hours. The Deep season 3 will be setting course for Netflix (worldwide) and DHX Media’s Family CHRGD channel in Canada.

“ABC ME brings children content that they love and we are excited to be expanding that experience with a new season of The Deep – a high quality and engaging underwater adventure series like no other,” said Michael Carrington, Head of ABC Children’s Television.

“Since its debut, The Deep has brought waves of excitement to kids and families worldwide,” said Josh Scherba, EVP, Content and Distribution, DHX Media. “With a third season now greenlit, and a host of licensing deals signed, the brand has become a bona fide global hit. Audiences love The Deep because it blends the closeness of family life with thrilling undersea adventures, teaching life lessons while sparking curiosity and a thirst for discovery. Working alongside Technicolor and A Stark Production, we’ve created something very special with The Deep.”

Based on the Aurealis Award-winning graphic novel series by writer Tom Taylor and artist James Brouwer, The Deep follows the adventures of the Nekton family and underwater explorer team on a mission to unravel the ocean’s mysteries with state-of-the-art technology and an unquenchable thirst for discovery. In season 3, the Monumentals — huge creatures capable of changing the world — are waking from their long slumber! To put the giants back to sleep, Ant, Fontaine, Will and Kaiko must find the ancient city of Lemuria and harness its secret. Dangerous pirates, fantastic creatures and tantalizing mysteries will confront them along the way. But even with unexpected help from Jeffrey the Fish, they’re running out of time.

The series has garnered a number of industry awards, including a 50th Annual AWGIE for Children’s Television (5-14 y.o.), 2017 Kidscreen Award for Best New Series – Kids, and 2017 Golden Sparrow Award from the German Children’s Media Festival.

Consumer products and licensing deals brokered by Technicolor and CPLG include the appointment of Simba Toys as master toy partner, which will see the launch of a range of figures, playsets and role-play toys and accessories, followed by outdoor, die-cast and radio-controlled vehicles and wheeled toys to roll-out at retail in Germany, Austria, Switzerland, UK, and Nordic countries in Fall 2018. A 4-D theatrical experience, The Deep: Mystery of the Ancient Amulet, is set to premiere in spring 2018; a music soundtrack from seasons one and two from Air-Edel Records was released in fall 2017; and fans in the UK and Germany recently enjoyed interactive entertainment experiences at over 20 SEA LIFE aquariums, produced in collaboration with Merlin Entertainments Group. 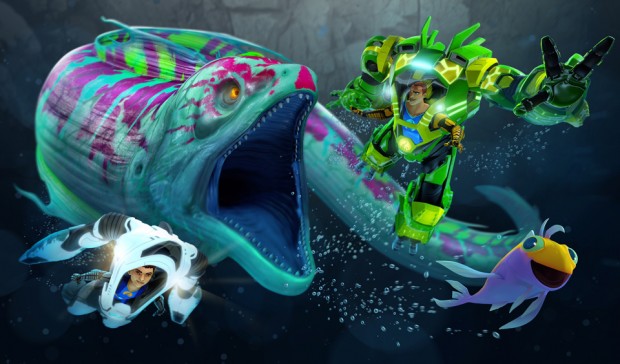