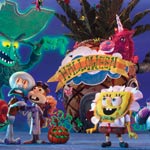 It’s not a trick, but it’s definitely a treat: SpongeBob SquarePants is returning to stop-motion for a Halloween-themed special titled The Legend of Boo-Kini Bottom, premiering this Friday, Oct. 13 at 7 p.m. on Nickelodeon

This is the second stop-motion holiday special for SpongeBob, after the 2012 It’s a SpongeBob Christmas! Like that hit special, The Legend of Boo-Kini Bottom was produced at Screen Novelties, a Los Angeles-based stop-motion animation production company, where miniature puppets and sets brought Bikini Bottom to life in three dimensions.

The special is directed by Mark Caballero and Seamus Walsh, and produced by Chris Finnegan of Screen Novelties. The special was written by Mr. Lawrence, with Brian Morante serving as the storyboard director and Jennie Monica as producer.

Walsh and Caballero say one of their shorts prompted SpongeBob co-executive producers Marc Ceccarelli and Vincent Waller to get in touch, mostly because it shared a similar sense of humor with the show.

“Our whole goal with stop motion, when Mark and Chris and I were getting started, was to try to bring some sense of cartoonyness into stop motion,” says Walsh. “We always love the stuff that George Pal did back in the old days. He really put lots of squash and stretching and extreme replacements into his animation.”

The entire production is labor intensive, but Cabellero says he hopes viewers don’t notice that part.

“I want them to be immersed in the story in the comedy of it all and not think about, ‘Oh my gosh, it took like 15 hours to knit that tiny little sweater!’” he says. “Our important driving force with this is to have it feel as silly as the cartoons.”

The process is collaborative, says Cabellero, with the SpongeBob crew sending over the initial storyboards for Screen Novelties to review, comment on and adjust as they see fit to make it work in stop-motion.

“We try to work with their boards as much as possible, just because we want to keep the flavor of the show,” he says. “We don’t want to change it too much for our process.”

The production featured 27 unique sets, across five stages, where 15 boxes of breakfast cereal were used to create texture on Bikini Bottom’s coral reefs; eight pounds of glitter were used to decorate SpongeBob’s Halloween pineapple house; hundreds of popsicle sticks created the planks of the rollercoaster track that Patrick and SpongeBob ride; and “black lights” were used to create a fluorescent glow across the puppets and sets.

If there’s a constant in the SpongeBob world, it’s the cast, headed by veteran actor Tom Kenny, who says little has changed about how he approaches the character or how the show is produced, but he does see the character has made an impact on people’s lives.

“SpongeBob actually serves some kind of a weird purpose in the world,” says Kenny. “I think SpongeBob helps people get through the tough times, and its silliness is medicine. This is stuff that I didn’t realize, I didn’t know [18 years ago].”

Stop-motion is most similar to work in CG animation because in both you’re creating assets to manipulate into a performance, says Caballero. On top of that, Screen Novelties has no formula for making its puppets — each is created from scratch to best portray the character.

“Instead of just going about making a replica or an exact recreation of whatever the model sheet shows, we kind of try to divine out of it whatever the feeling of the character is,” says Walsh. “And that is very much affected by the materials you use. … So we try to let the characters  tell us what materials should be made out of because pretty much every character on the SpongeBob world that we’ve done is made of something different.” 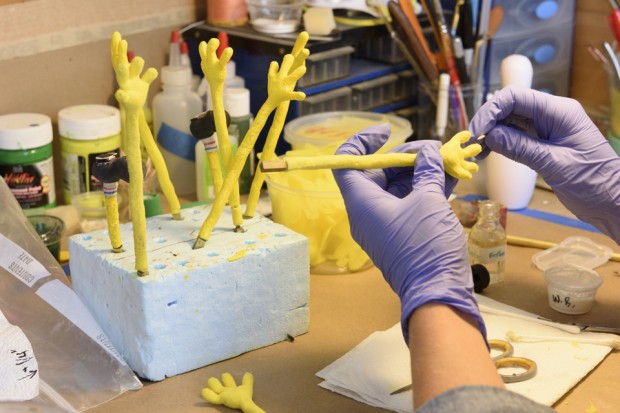 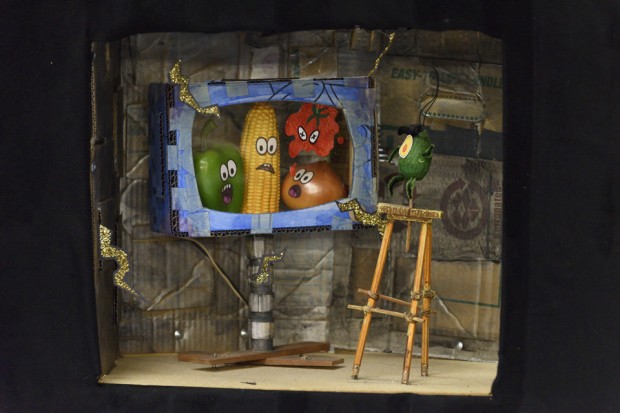 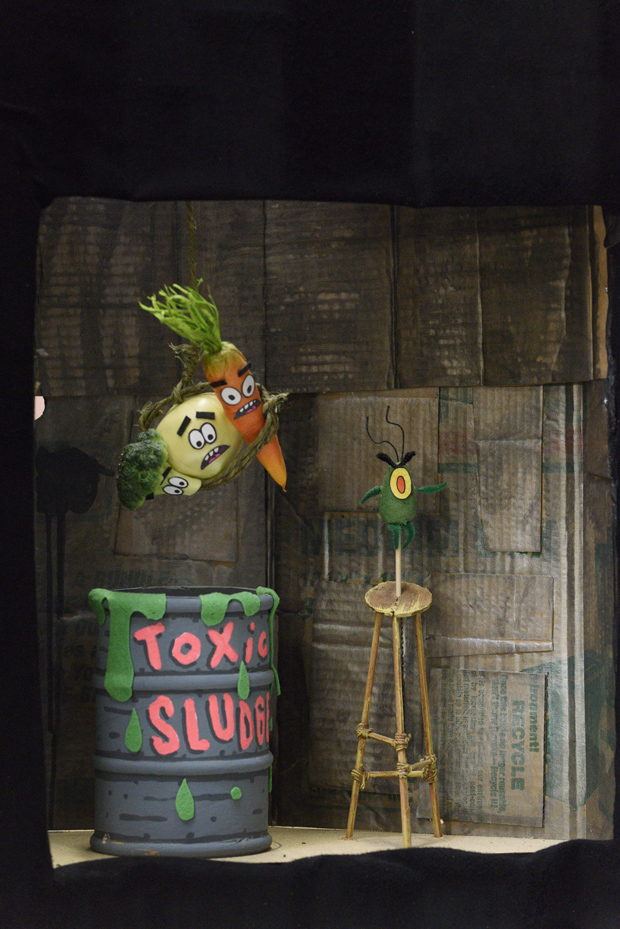 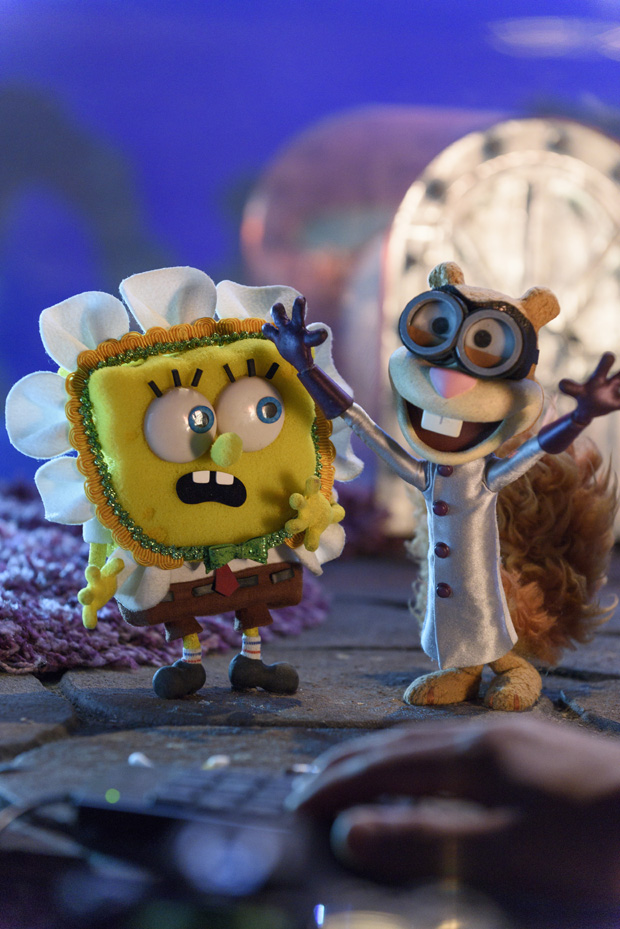 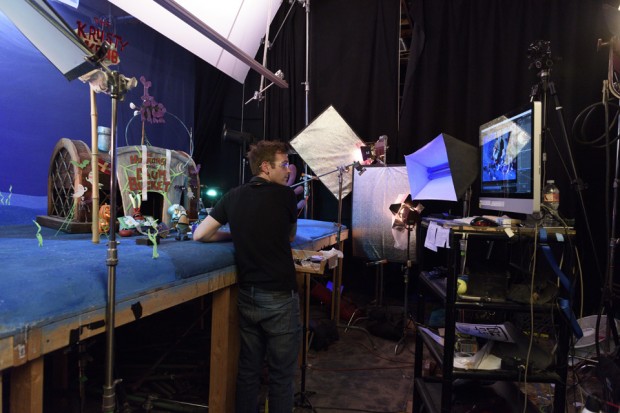 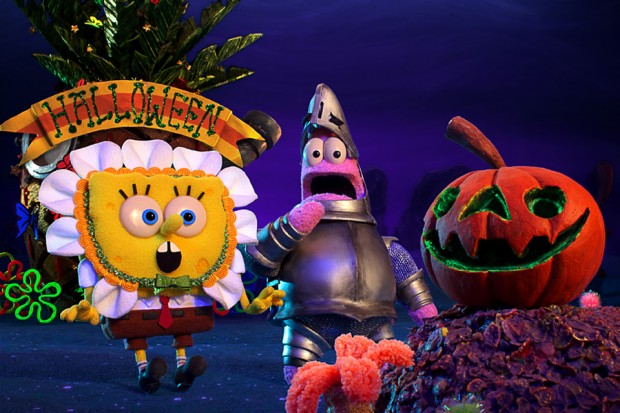 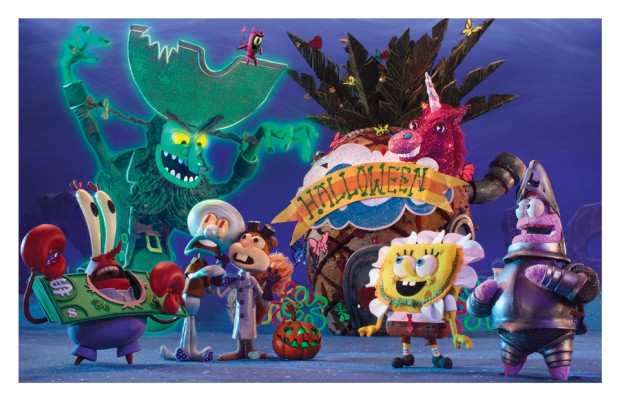