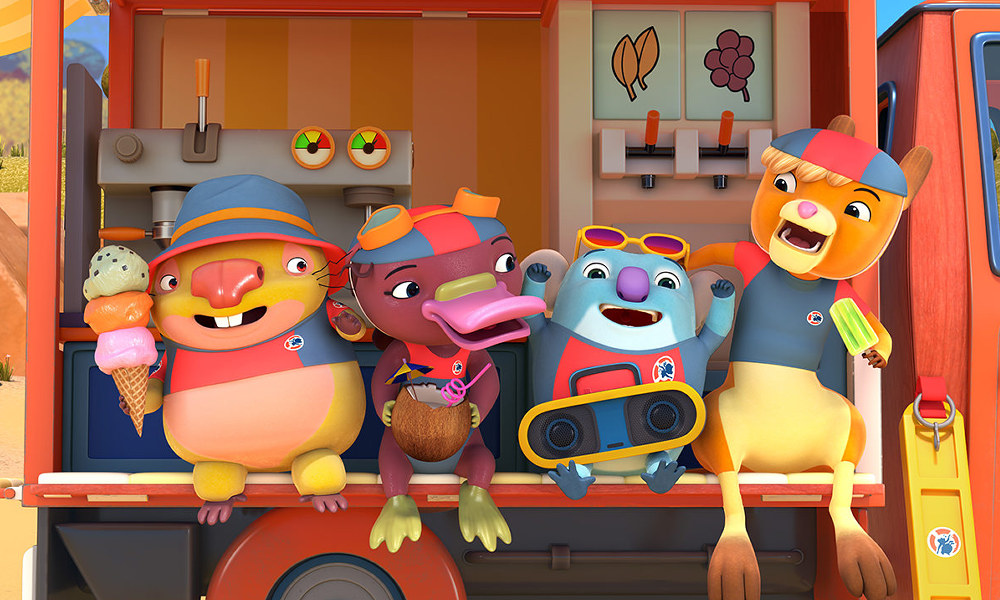 Screen Australia has announced four children’s productions will share in $3.2 million (US$2.3M) of production funding. This includes the animated projects 100% Wolf: The Book of Hath and a Kangaroo Beach Summer Special, both for the ABC.

“We are proud to announce this impressive line-up of children’s titles as part of our ongoing commitment to supporting quality Australian screen stories for young audiences. It’s important that Australian kids can see their stories and experiences reflected on screen and families around the country will be in for a treat with these new projects,” said Sally Caplan, Screen Australia’s Head of Content. ” … fans of Kangaroo Beach and 100% Wolf will be delighted to see more of these entertaining stories coming to the ABC.”

100% Wolf: The Book of Hath: A 26-part second season of 100% Wolf from Flying Bark Productions for ABC ME. This animated series is centered on Freddy Lupin, heir to a proud family line of werewolves, who on his 13th birthday turns into a ferocious… poodle. In The Book of Hath, Freddy travels back through time to 825AD where he must help his ancestors defeat the Werelock Hath.

Series 2 sees the return of director Jacquie Trowell, producers Barbara Stephen and Alexia Gates-Foale and executive producer Michael Bourchier. They are joined by script producers Fin Edquist (100% Wolf Movie) and Tess Meyer (Skinford). This project is financed in association with the Australian Children’s Television Foundation and with support from Screenwest. Studio 100 Media is managing international sales.

Also sharing in the funding are live-action teen drama Surviving Summer for Netflix from Werner Film Production in association with ZDFE, a 10-part series about a fierce New York teen who is sent “Down Under” to live with family friends in an Australian coastal town and discovers a love of surfing; and Tom Weekly Versus…, a 20-part series for ViacomCBS from Northern Pictures, based on the best-selling book series by Tristan Bancks about the outrageous adventures of one mischievous 10-year old.